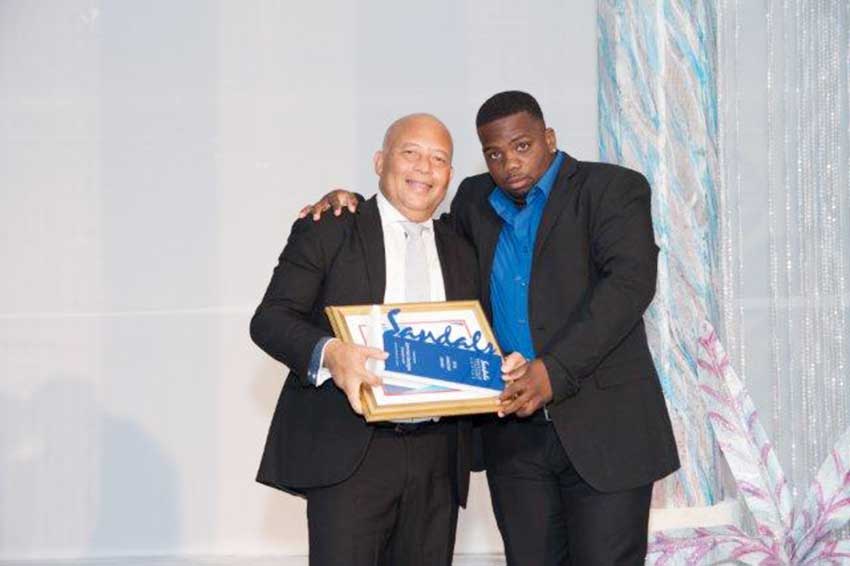 PRESS RELEASE – SANDALS Resorts International continues to play a major role in the development of the creative resource on island. Fresh from what has become the greatest resort show within the industry — the Sandals Prestige Awards — team members across the three resorts in Saint Lucia are back in caucus already planning to better their efforts ahead of next year’s event.

As a major contributor and player within the tourism sector in Saint Lucia for over two decades, it is not unusual to expect that the name Sandals is synonymous with the creation of luxury- included world-class holidays and vacations of a lifetime. To its team members who have a natural skill and excel in the performing arts, Sandals is more than just a job. It provides a full- time creative space for expression for those team members who are serious about the performing arts. Every night, these team members put on their stage personalities, get into costume, and wait for the curtain call.

General Manager of Sandals Grande St. Lucian Spa and Beach Resort, Winston Anderson, while speaking after the 9th Annual Prestige Awards, acknowledged that, “Sandals provides an opportunity for my talented staff to perform at the highest level and to hone their craft. Among the many talented cast are dancers, singers and production people. My team members love what they do and I look forward to giving them an opportunity to be the best they can be, whether they are performing for team members like themselves or for our overseas guests.”

Coming at the end of successful performances that had already been produced by Sandals Halcyon Beach Resort and Sandals Regency Golf Resort and Spa, team members from Sandals Grande St. Lucian Spa & Beach Resort went all out to present an unforgettable event which featured a rich staff cast who were behind the scenes as well as front and centre stage.

Regional Entertainment Manager, Trevor King, appreciated the hard work of the team, stating proudly that “The production elements — the stage, set design, lighting and props — were all environmentally friendly and made from recyclable materials. Team members contributed to this effort significantly.”

Amidst a flurry of performances, winners were announced in the following categories:

Jammer Georges from the Entertainment Department was crowned Diamond Team Member of 2016 while the Platinum Team Member Award went to Butler Wilbert Thompson.