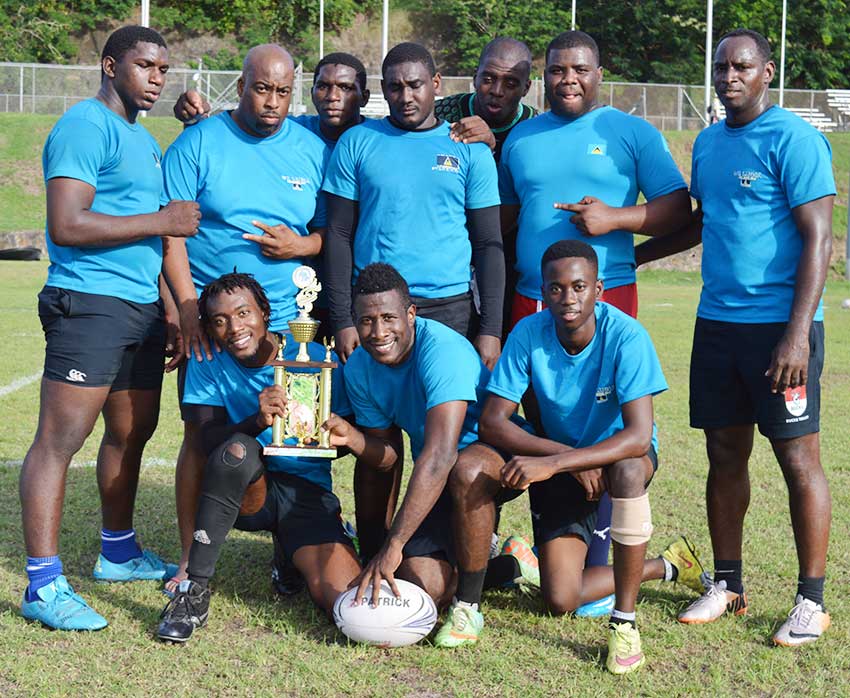 THE Rogues Rugby Club of La Clery played undefeated and amassed a total of 143 points to emerge champions of the inaugural Magnificent 7 Rugby Extravaganza Tournament hosted by Whiptail Warriors. The event was held at the Sab Sporting Facility last Sunday.

It was the first time that the Soufriere Lions competed in an official tournament and this was due in part to transportation costs being covered by Anse Chastanet/Jade Mountain Resorts.

Overnight rainfall on Saturday and overcast conditions on Sunday morning placed some doubts in the minds of many as to whether the tournament would take place. However, the overcast atmosphere and soggy field were ideal conditions for rugby and once the rain held up, the tournament began in earnest.

As in previous rugby matches, spectators were treated to a great brand of robust and attractive rugby, especially from the women.

In the end, Rogues Rugby Club trounced Mongoose 57-0 in the finals for the males while Tokyo Drifters had the better of Terminators in the crucial final game in the female segment.