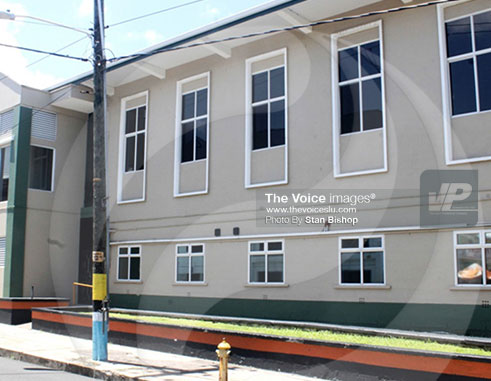 Recently, it was reported that the newly-refurbished main courthouse in Castries would be demolished. While no future plans for the site has been definitive, the hard truth is that after nearly $2 million spent on addressing outstanding concerns vehemently expressed by the legal fraternity, the building would be sentenced to death.

Infestation at the courthouse over the years had prompted the Bar Association to bar its members from entering let alone contesting a case in the courthouse that was built following the great Castries fire nearly 70 years ago.

Air quality issues and bats, birds, rats, centipedes that called the building home only compounded the deathly asbestos materials used back in the day in the edifice’s construction. Naturally, the attitude towards asbestos back then was not as it is now, so no one can be faulted for it. Today, however, one wonders just why $2 million was spent to fix a problem only to have those dollars suffer imminent implosion because it still has outstanding issues.

With government’s perennial cry about being cash-strapped, certainly more thought and planning should have gone into refurbishing that building. After all, it took nearly two years to finally have its facelift. Alas, the beautiful façade masks a clear and present danger to human health.

With the new main courthouse set to displace the spot where the outdated National Cultural Centre (NCC) is still too embarrassed to call home, one can only expect that clear and rational thought would go into the plans. If the arts community is literally being forced to give up the very little creative space it has, then it must be justified.

Sadly, just opposite the main courthouse is the Family Court, which now doubles as a base for other cases. The place is often so jammed that people with court matters are often forced to stand on the sidewalk until their cases are called. That in itself presents a dangerous scenario for witnesses and defendants who are left at the mercy of those seeking reprisals. Also, the huge caseload often results in many cases being adjourned for several reasons.

In a society where the counter-productive things remain the same despite lip service about changing them for the better, it would stand to reason that those who make the key decisions that set the tone for how our democracy should operate would act as if they really know what they are doing. Quite often, it seems that expediency trumps rational thought, with hardly anyone offering apologies to the very citizens who suffer from such fallouts.

If justice, truth and charity truly are the ideals that our citizens should embrace, it is time that those who govern be true to themselves and people by being no less than charitable when it comes to people’s access and right to swift justice.