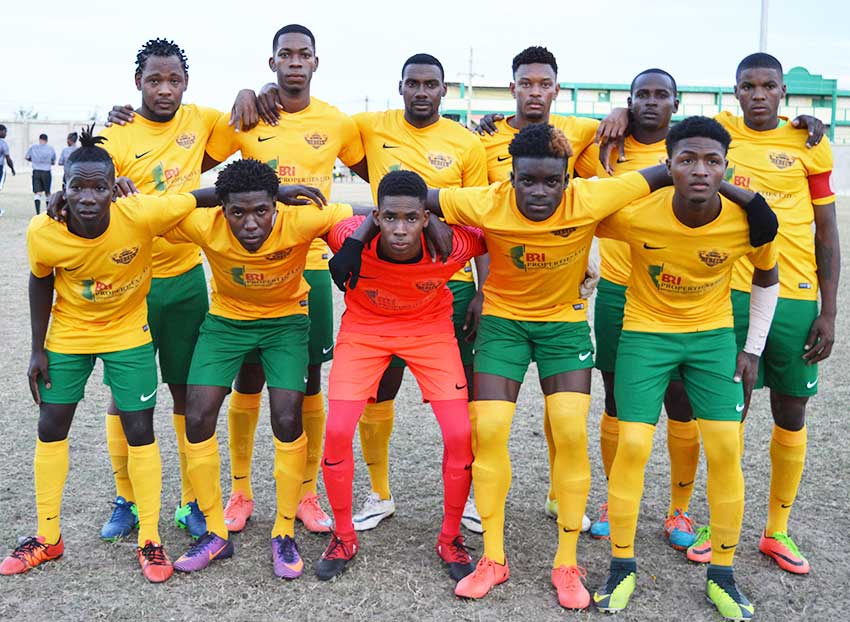 With four matches remaining in the preliminary round which ends on July 2, the teams will be jostling for semifinal spots. Results of the abovementioned matches and the points table will be issued in the Weekend VOICE.

The tournament takes a break on Saturday to accommodate Veterans In Sports Inc.’s Masters International Invitational matches at the PMG in which Micoud Veterans will play Vieux Fort North from 6:00 p.m. and Saint Lucia Veterans come up against 767 Dominica Veterans at 8:00 p.m.

In the second encounter of the evening, Uptown dropped points for the first time in the tournament as they played to an exciting 2-2 draw with Stable Boys. For Uptown, the goal scorers were Ravi Albert in the 44th minute and Tremain Paul in the 70th minute. For Stable Boys, Jardel Harrow scored in the 64th and 78th minutes.

On Sunday, Victory Eagles earned a hard-fought 2-1 win over Shambalah Shiloh with goals from Bobby Emmanuel in the 3rd minute and Cassius Jones with a brilliant free kick in the 79th minute — definitely a goal of the tournament contender. Brent Mathurin scored for Shambalah Shiloh in the 54th minute.

In the second match, Knights Sports Club had a 1-0 win over Group 2 leaders Platinum FC, a goal scored by Nikel Emmanuel in the 79th minute as he pounced on some sloppy work by the Platinum keeper.

According to organizers, the format for this year is a full round robin, whereby the club with the most points will move on to the final while the second and third teams will face each other in a playoff game for the next spot in the final. The participating clubs are defending champions Chesters, Rovers United, Monarch, Aux Lyons United, Togetherness Youth and Richfond Youth Organisation (R.Y.O.).

Castries Football — The CFL will kick off its 2017 season at the Sab Facility on Saturday with the start of the Promotional League with one game on the card from 4:00 p.m. as Pioneers FC play NYAH FA.

According to organizers, the teams will compete in a single round robin format with matches being held on Wednesdays from 4:30 p.m. On Saturdays and Sundays, matches will kick off at 4:00 p.m. All matches will be played at the Sab Playing Field. The winner will be determined by the team with the most points.