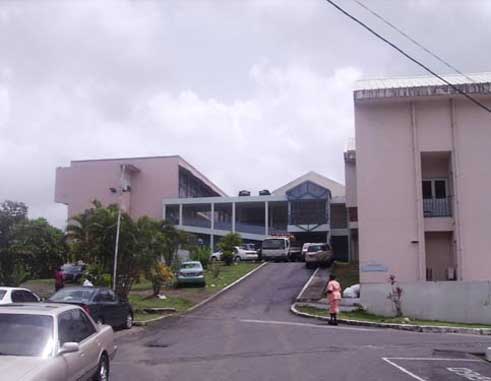 DURING his presentation in the House last Tuesday, Prime Minister Allen Chastanet explained in detail some of the primitive conditions under which Victoria Hospital staffers are forced to work even as technology gets better.

He snickered at the filing system that healthcare professionals in this century have grown accustomed to over the years. In some cases, those systems are as outdated as the hospital itself.

Ironically, the very place where babies often take their first breaths proves to be as disorganized as the politicians who have successively promised to fix the problems. Unfortunately, those promises have helped no one’s road to recovery.

On any given day, patients at Victoria Hospital have a sad story to tell. Unavailability of beds, shortage of staff and the substandard conditions are just a few of the perennial complaints that have forced people to seek healthcare elsewhere – either locally or abroad.

Over the years, every Health Minister has gone on record promising to fix the broken system at that hospital. Many have explained in detail plans for improving policies and the general environment – mostly with no tangible results to boast about.

Given that national pride is a phrase that often pops up in governmental speeches from time to time, it would serve the Prime Minister well to promptly accelerate the pace at which so-called progress at the new Owen King-EU Hospital is moving.

A year and a half ago, former Prime Minister Dr. Kenny Anthony gave the European Union Ambassador responsible for the region the assurance that the new hospital would be opened by the second half of last year.

This Saturday would mark the beginning of the second half of this year. The past and present administrations share that blame. However, the present is responsible for ensuring that promissory words mean something.

After spending millions of dollars on the largest single investment it has made in the Eastern Caribbean, one can imagine the European Union feeling disappointed and frustrated. However, to those whom the hospital was built to care for, the undue delay in opening its doors to rescue them from the horror stories of Victoria Hospital is, at best, sickening.