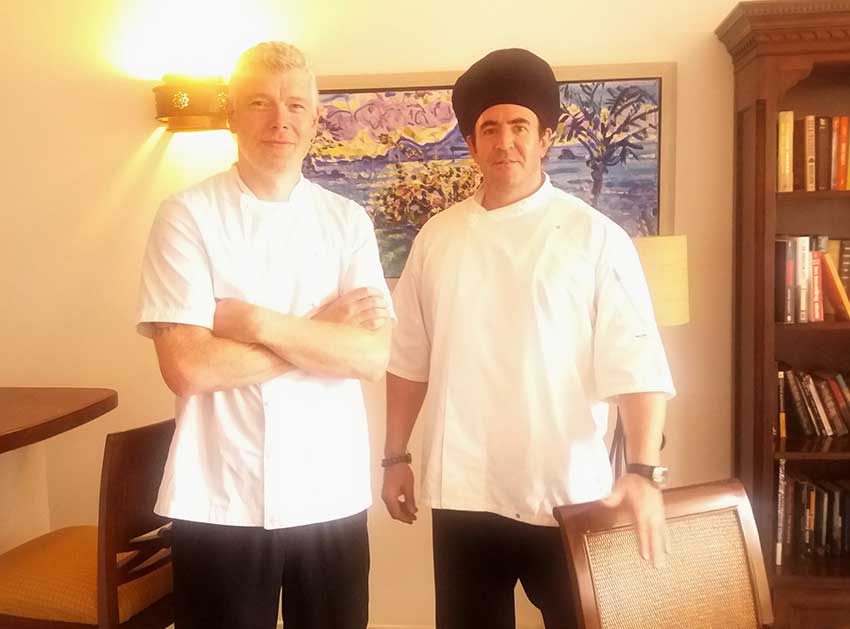 THE taste of Brighton, UK is being brought to St. Lucia, courtesy of top UK Chef Michael Bremner, owner of award-winning restaurant, 64˚ (64 Degrees), and Cap Maison.

Bremner is currently competing for Scotland in his second stint on BBC2’s Great British Menu where he has been a finalist twice.

His restaurant has won Best Restaurant in Brighton in 2014 and 2015 and 64˚ also won the Best Brighton Restaurant Award by Bravo Awards this year.

The programme has three main objectives: promoting gastronomic and wine tourism between reciprocal quality destinations around the world; sharing best practice between chefs in the hospitality industry; and creating a platform for potential export opportunities for regional food and drink producers.

While here, Bremner will liaise with Cap Maison’s Executive Chef, Craig Jones, and embark on creating a meal to showcase his culinary skills using food and drink from his home region.

Bremner will be treating the luxury resort’s guests to a one-of-a-kind six-course tasting menu that will include dishes such as smoked beef rib, carrot, parsley, puree, main and course.

Chef Jones said he welcomes the initiative as it teaches his chefs at the resort new tips and crafts.

“It’s nice that different chefs come out,” Jones said. “My team gets to see how a different chef works. Maybe they’re a bit bored with how I work, so it’s good to see celebrity chefs from the UK coming out. It’s nice just to get some tips off him, as I see even the team sees the differences.”

The culmination of the St. Lucian leg of the exchange took place on Saturday.

Jones is set to do the reverse of Bremner’s stint and will be heading to the Brighton & Hove Food and Drink Festival in August to showcase a St. Lucian dinner with Bremner at Hotel du Vin on August 24.