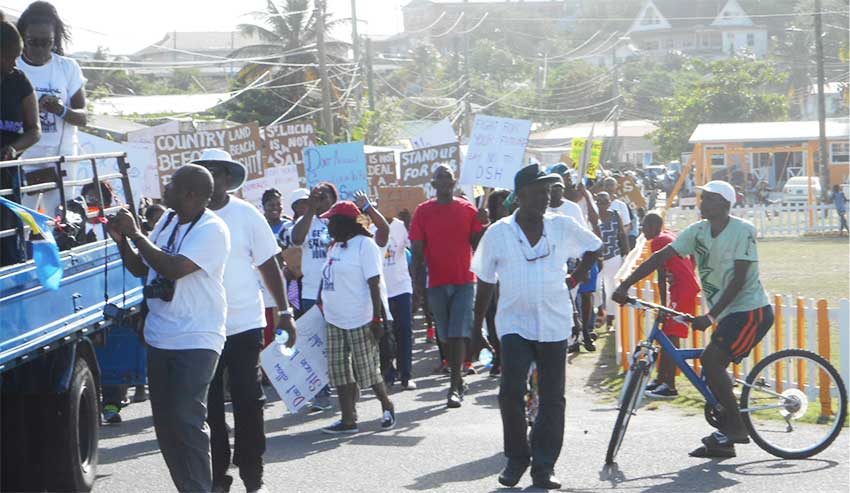 PRESS RELEASE – The Vieux Fort Coalition of Stakeholders for Development has witnessed with amazement the relentless opposition mounted by some to current development efforts proposed by the Government of St. Lucia for the town of Vieux Fort. The Coalition is mindful of the acute problem of joblessness and economic stagnation which has plagued Vieux Fort and the south for some time. We are, therefore, open to engaging Government in discussion that will result in consensus on the preferred approach for development that will change the fortunes of the various social sectors in Vieux Fort.

Over the past twenty (20) years, we in Vieux Fort have witnessed the contraction of the economy which has resulted in the closure of a number of businesses. The following come to mind: “Babalou” Supermarket, Sabi’s Restaurant, Sunshine Bookstore, Sadoo Supermarket, RBTT Bank, Maison Salaison, Office Shop Bookstore, Palace House, Book Nook Stationery, among others.

Some of us have been casualties of the economic downturn and stagnation which has afflicted our once vibrant town. We have, therefore, organized ourselves to promote, advocate and provide support for the orderly, appropriate and sustainable development of Vieux Fort.

The development of Vieux Fort can no longer be placed on the backburner. This is why we are excited by the renewed interest in Vieux Fort espoused by the current Administration. We stand as willing partners with the Government of St Lucia in this new outlook.

The Vieux Fort Coalition of Stakeholders for Development, therefore, calls on the people of the south who stand in hope for better opportunities to express their determination by participating in the show of support for Government efforts by attending the march scheduled for tomorrow, May 17. The time for the March has now been adjusted to 4:00 p.m. in response to numerous requests from persons who have expressed a desire to participate.

It is Vieux Fort Time to Shine. We Want Jobs!