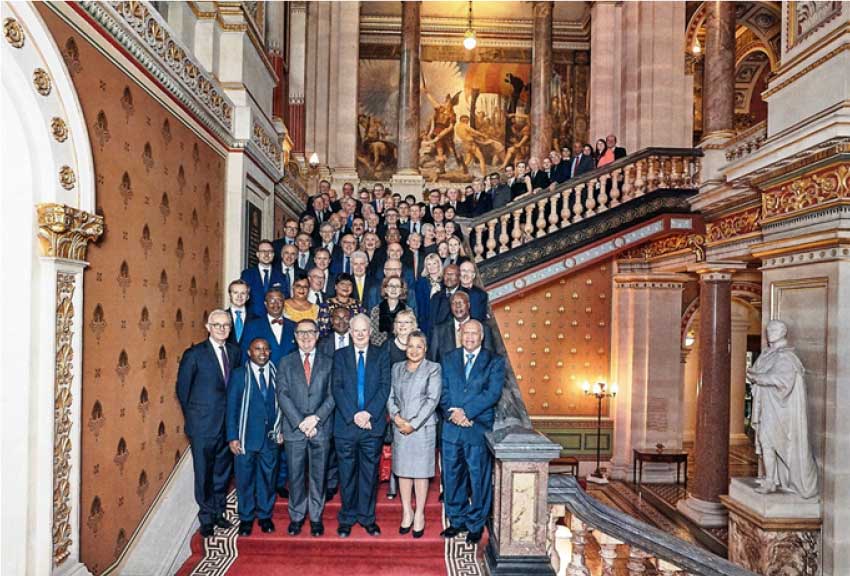 PRESS RELEASE –  THE first meeting of the Standing International Forum of Commercial Courts was held on May 4 and 5 in London, United Kingdom under the leadership of the Lord Chief Justice of England and Wales, Rt. Hon. Lord Thomas.

This marked the first time that the world’s Commercial Courts have met in one place. It is hoped that this forum will provide guidance to commercial courts around the world and serve as an avenue for cooperation and collaboration among them.

In attendance at the forum were Chief Justices and other members of the judiciary of commercial courts from regions across the globe, including, Africa, Asia, Australasia, Europe, the Middle East, North America and the Caribbean. The Eastern Caribbean Supreme Court was represented by Her Ladyship, Hon. Dame Janice M. Pereira, DBE, Chief Justice, and His Lordship, Hon. Mr. Paul Webster, Justice of Appeal [Ag.].

Following that, they considered how deepening the understanding of the commercial court processes used in each country could lead to greater confidence by the court of one country in the judgment of courts of other countries. This, participants hope, will lead to greater opportunity for the development of commercial courts in the area of enforcement.

Enforcement of arbitration awards is one of the key roles that commercial courts play in this relationship; however, besides enforcement, participants examined other roles of support and supervision that commercial courts can provide to arbitration. These include the resolution of jurisdiction disputes, the granting of freezing or search and seize orders to protect assets to meet an award, and the appointment or removal of arbitrators, amongst other areas.