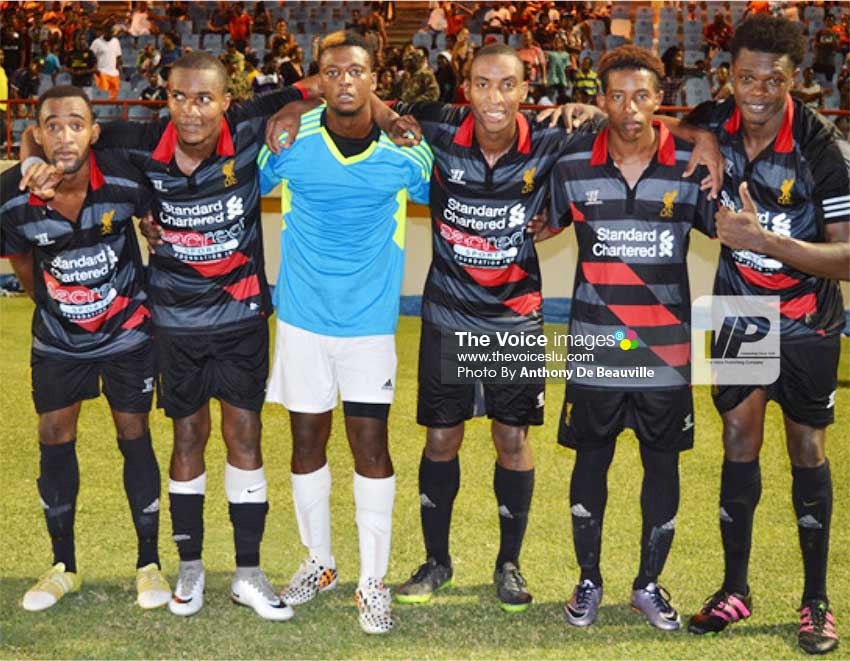 The second quarterfinal match featured Mabouya Valley and the National Under-21 team, with the latter stealing the show with a 2-0 victory in what is considered one of the biggest upsets of the tournament thus far.

On Sunday, in the much-anticipated clash between Micoud and Canaries, the two teams played to a goalless draw at the final whistle. This year, the organisers decided not to allow the additional 30 minutes of extra time, so the match was decided via a penalty shootout resulting in Canaries outclassing Micoud 5-3.

In the final game of the night, Vieux Fort South earned a hard-fought 2-0 win over a much-improved Desruisseaux team. Despite Desruisseax’s 2-2 draw against Choiseul the previous weekend, the team played a better game against one of the tournament favourites.

Antonio Joseph opened the scoring for VFS in the 17th minute with a right foot strike that eluded Desruisseaux goalkeeper Nehemiah Cherubin to put his team ahead, a score-line that remained until the half-time whistle.

The resumption of play saw some urgency on Desruisseaux’s part as they went all out for the equalizer. However, in the 75th minute their hopes were dashed as Antonio Joseph got his second goal of the match to the delight of his teammates and the small VFS supporters. That goal sealed the victory for his team and took his tally to 6, two ahead of teammate Antonius Mayers (4) and Shaquille Joseph of Central Castries (4).

The matchups for the final four are as follows: From 6:30 p.m. Central Castries versus the National Under-21 and Vieux Fort South will play Canaries at 8:30 p.m. this Saturday at the DSCG.