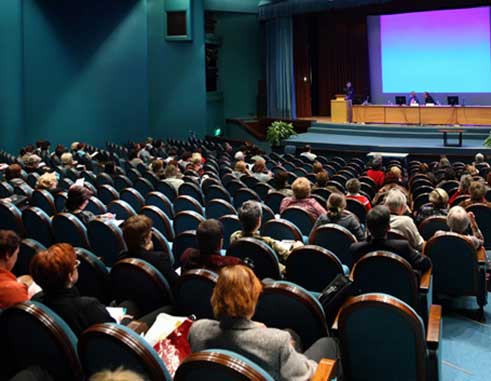 A new business association aimed at addressing the concerns of entrepreneurs is in the process of being formed in the south of the island.

On Wednesday, a business forum was held in Vieux Fort to continue the process to form the Southern Business Association. At the forum, people were nominated for various positions on its executive and presentations from business and trade organizations around the island were made.

The forum, which was organized by the Vieux Fort South Constituency Council, was attended by a large cross-section of the business community of Vieux Fort.

The association recently established a help desk to connect people to resources, collect information and share it, and support the business association. It will be working alongside a number of support agencies, such as the Small Business Development Centre (SBDC), St. Lucia Bureau of Standards (SLBS), St. Lucia Trade Export Promotion Agency (TEPA) and St. Lucia Development Bank (SLDB).

In his address to the gathering, which showed immense interest in the initiative, Executive Director of the St. Lucia Chamber of Commerce, Brian Louisy, called on entrepreneurs in the south to embrace the initiative.

In order to prove that dedication and commitment can cause an organization to grow, he outlined the history of the Chamber which, he said, started very small.

Louisy implored participants to make a determined effort to be involved in the association’s activities and not be distracted by those who will try to destroy it.

“There will be disappointments but don’t turn your backs…Give it your time and expertise,” he urged participants.

He said some members of associations attend meetings only when there are crises, adding that many organizations have failed because of a lack of involvement in their activities by members.

Louisy said differences among members of an organization are better handled in a cordial manner, rather than by shouting or making noise.

Egbert Stevens, a small business development officer, called on participants to work hard to make the association a success.

“Play a role in its development. Be responsible citizens,” he said.

He emphasized the importance of networking among members of organizations, adding that it helps to share important information among members.

In her presentation, Director of the Small Business Development Centre (SBDC), Barbara Charles, explained the importance of the Centre and highlighted some of the ways it has assisted people and organizations.

Participants asked a number of pertinent questions relating to the benefits of being a member of the organization and the assistance it will render them during their time of distress.