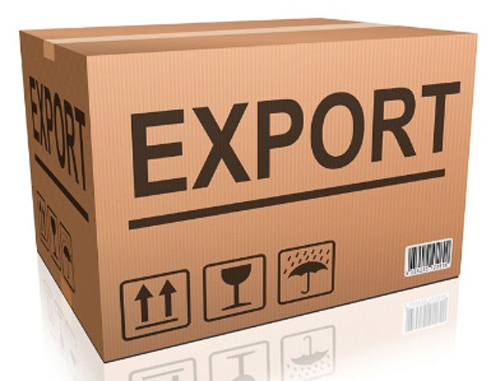 THE last article (The VOICE, April 30, 2017) established the necessity for a National Export Strategy (NES), the myriad of issues to be addressed in the process, the collaborative effort with ITC, the public and private sectors and just about everyone in Saint Lucia.

Why just about everyone in Saint Lucia?
Saint Lucia’s growth, primarily meaning the improvement of the quality of life across the social spectrum, should be export-led. Export-led growth is defined as “a trade and economic policy aiming to speed up the industrialization process of a country by exporting goods for which the nation has a comparative advantage”.

For the purposes of the article, the word “goods” means good and services.

Export-led growth was not always popular and there are signs that it may become obsolete in the remote future. It requires the openness of economies. There was a time when countries were focused on import substitution as a result of wars (WW1, WW2) among other circumstances. The tech giants’ successes (Germany and Japan) changed all that.

“With the success of both the post-war German and Japanese economies, as well as a belief in the failure of the import substitution paradigm, export-led growth strategies rose to prominence in the late 1970s. The new institutions of the International Monetary Fund (IMF) and World Bank, which provided financial assistance to developing countries, helped to spread the new paradigm by making aid dependent on governments’ willingness to open up to foreign trade. By the 1980s, a number of developing nations that had earlier been following import substitution strategies were now beginning to liberalize trade, adopting the export-oriented model instead.” (Matthew Johnston).

So, export-led growth is on. However, the crisis of 2008 was a game-changer. So much so UNTAD, in a 2010 report (Trade and Development Report 2010: Globalization and Development Strategies), warned about the over-reliance on Export-led Growth Strategies for three primary reasons:

1. All countries cannot grow on exports at the same time as some countries have to be net importers,
2. The recession of 2008 has placed a serious dent in the ability for some developed countries to recover their ability to stimulate demand from developing countries, and
3. Developing countries, in an attempt to compete for investments, may engage in a low- wage race to the bottom and thus defeat the purpose for improvement in quality of life.

The report encourages the change of focus to domestic demand. That will not work for Saint Lucia because its domestic market is too small. As a matter of fact, Xavier Cirera, Research Fellow in the Globalization Team at the Institute of Development Studies, United Kingdom, in his article, “A new approach to export led growth”, wrote:

“While there is merit in these points, I would argue that – for small and very poor countries, including most Least Developed Countries (LDCs) – export-led growth is unavoidable. For larger developing countries, with enough potential domestic demand, avoiding deflationary policies may be a good solution. But poor countries are constrained by very small domestic demand. With such small internal markets, these countries require external export markets to sustain and expand production, achieve economies of scale, improve quality upgrading, and diversify exports away from natural resources and primary commodities.”

Export-led growth generates foreign exchange and profits. Profits trigger government revenues in terms of business income taxes and further investments. Investments trigger job creation and more government revenue in terms of personal income taxes and consumption taxes. As workers spend more (consume), all other areas of the economy begin to hum. A humming economic engine also attracts better bond ratings and, therefore, more investment in government bonds which, in turn, allows a government to pursue its agenda of improving the quality of life across the social spectrum — everyone. That includes you and me.

A lack of export growth will restrict foreign exchange earnings and profits which, in turn, will reduce government’s fiscal and policy space (government facilitation). Without government facilitation, investors’ confidence will wane and their dollars will dry up. That will be followed by stifling of sustainable job growth which must keep pace with the annual rising tide of school- leavers. When that fails to happen, the increase in unemployment follows. More unemployment means lower consumption and lower sales and, therefore, lower profits and the likelihood of layoffs — more unemployment. Increasing unemployment affects the unemployed and the employed, everyone.

So we must book our tickets on the Export-led Growth train. We can do so by getting involved in the discussion with positive ideas, revolutionary ideas, avantgarde ideas, ideas free from partisan politics. We must believe in our ability to solve our problems. We must accept if we are to succeed, we must respectfully agitate, debate, negotiate and collaborate. Forward your ideas to info@tepa.org.

The development of a National Export Strategy is not easy. It requires a sustained collaborative effort by the private sector, public sector and non-governmental organizations. There is a core team working with the ITC, the National Consultant and the Navigator. The core team represents the Ministries of Agriculture, Economic Development, Finance, the departments of Tourism and Commerce, St. Lucia Manufacturers Association, Saint Lucia Industrial and Small Business Association, St. Lucia Coalition of Service Industries, Chamber of Commerce and the Trade Export Promotion Agency. You can channel your ideas and queries through any and all the organizations mentioned above.