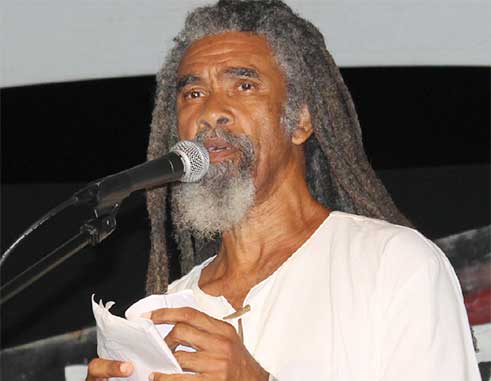 PRESS RELEASE – WHAT a weekend this past one was as the final curtain call was taken at the National Cultural Centre, bringing an end to the 2017 National Arts Festival (NAF).

From its inception, the festival has aimed to sustain the invaluable work which the arts play in the development of Saint Lucia. The annual festival, which usually runs from February to May, seeks mainly to facilitate the showcasing of Saint Lucian art and culture, with a strong emphasis on original work. An added aim of the NAF is to provide artists with economic and networking opportunities as they produce and display their work and to encourage the creative arts as an essential element in the island’s productive and social fabric.

Activities for this year’s celebration began with a Community Festival which took place in the southeastern community of Micoud from Friday, April 21 to Sunday, April 23. The free event was open to artists from Praslin to Desruisseaux, who offered work ranging from paintings and drawings, sculpture and craft, photography and film as well as fashion and floral designs for a three-day Visual Arts Exhibition.

Visitors to the community showcase were invited to participate in the Community Collage (using a wooden palette and paint to create their idea of what community means) and Sketch Up (using chalk and charcoal on a concrete surface in free creative expression).

On Friday, April 28, Cadet Street in Castries was a teeming backstreet as poets and lovers of the arts demonstrated their support for the literary arts. Poetry Night Live 2017 featured the illustrious dramatist and poet, Kendel Hippolyte, author of plays, including The Song of One (1995), Night Vision (2005), and Fault Lines (2012). He was accompanied by Lambert “Skai” Soomer and Joshua Soomer (percussions) as well as Christine “Chrissy” Charlemagne (vocals).

Their dynamic and stimulating portrayals were received with much approval by those who came from far and near to experience the open-air celebration of literary works. The appreciative audience was also treated to performances from Perlina Murray, Kerr Glasgow, Leslie “RasIsley” Nelson and SwithinCornelle from the Saint Lucia Writers’ Forum as well as Glenn Charlery, Ethan Fletcher, Kyvon Edwin and Angelica O’Donoghue from Headphunk.

On the evenings of Saturday, April 29 and Sunday, April 30, “Requiem for a Bad John”, a play by Katherine Atkinson, was executed with absolute perfection by members of YouthSPAC under the direction of Kentillia Louis. The theatrical performance is set in a neglected inner city yard in Saint Lucia and centres on a girl, played by ChristalValcin, who is at odds with her ambitions to leave the yard and her devotion to her grandmother, played by Steffi Ann St. Clair. Every character, including Bad John (Kiedel Sonny), Tall Boy (Ricardo Placide), Red Man (David McLennon) and Short Pants (Anthony Wilkie), helps tell the tale of how members of the community and their decisions ultimately make or break the community spirit.

The Cultural Development Foundation (CDF) thanks all those whose support made this year’s National Arts Festival the success that it was. Particular mention needs to be made of the media, whose unwavering support throughout the years ensures that the public remains informed of activities which promote Saint Lucian arts and culture. We extend sincere gratitude to M&C Group of Companies, FLOW, Cox & Company Ltd., LUCELEC, Fry Bar, ALL Biz Limited, Tours and Travel, St. Lucia Distillers Ltd., the Royal Saint Lucia Police Force and the Castries City Council.