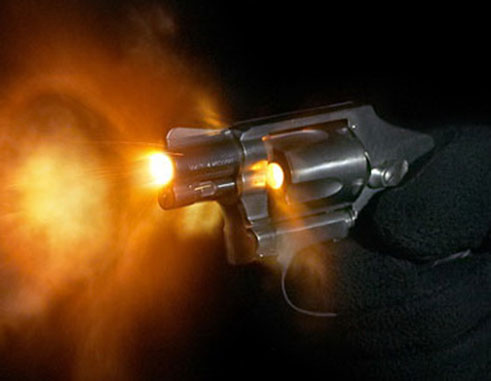 A spate of shootings this past week in the Marchand community has left one man dead, bringing the number of homicides for the year so far to 22.

Police report that twenty-three-year-old Kimbar Lynch was sitting on the railing of the Black Mallet Bridge on Sunday morning when two men on a scooter approached him, one of whom spoke to him and discharged two rounds of ammunition in his direction.

Lynch was hit in the left thigh and left chest area and transported to hospital via ambulance where he died later that day.

That matter is currently under investigations.

Meanwhile, police say they are investigating a number of shootings involving young men in their early to late twenties.

In another incident, reports are that Yannick Mathurin, 30, was washing a vehicle at Arundel Hill when he was approached by two men on a scooter that same day who questioned him. One of the men pulled out a firearm and shot him once in the buttocks.

Mathurin is in a stable condition and police are investigating the matter.

Gunfire erupted again in Marchand, this time at Maynard Hill, around midnight on Wednesday.

According to police, 25-year-old Shervon Joseph, aka ‘Lean Back’, of Maynard Hill, and a female companion were travelling on board a vehicle. As they proceeded uphill along the Maynard Hill Road, three individuals opened fire upon the vehicle and occupants.

Joseph sustained gunshot injuries to the face, left arm and thigh and the vehicle the duo were in was riddled with bullets. He was conveyed to Victoria Hospital on a private vehicle and is reported to be in a stable condition as investigations into the matter continue.

On Thursday night at about 8:20 in Black Mallet, Kelly Joseph, age unknown, received a gunshot wound to his left hip. Reports are that he was at a shop in the area when two individuals walking from the Maynard Hill junction opened fire on him.

He has been hospitalized and is said to be in a stable condition.

Police are also investigating this matter.