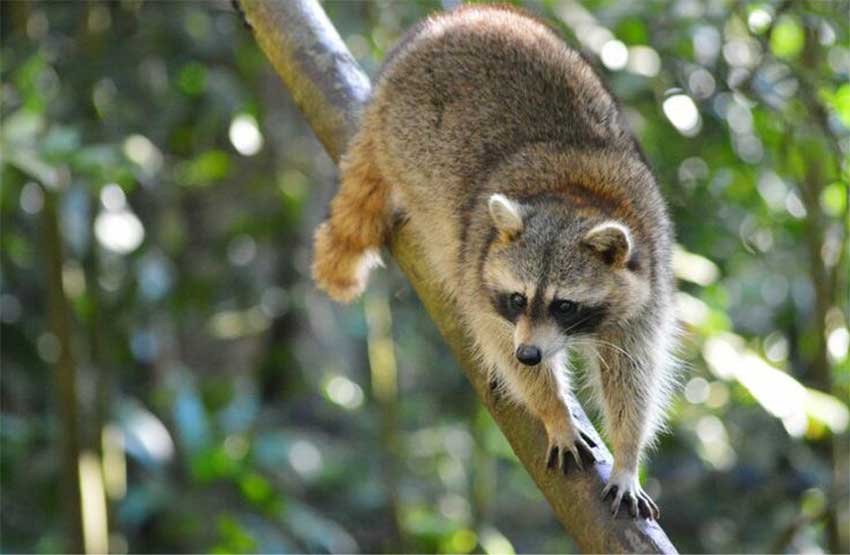 SHH …Come …Venture with us this week into volcanic West Indian hideaways harbouring fertile Edens of exotic flora and fauna. This is the Caribbean, an encyclopedia of biodiversity showcasing endemic species in prolific landscapes and building sanctuaries for critically-endangered ones.

Let us discover together the tweeting of the St. Lucian Rufus Nightjar or the Nature Isle’s Imperial Amazon. True to its name, Dominica is home to over 170 species of birds, 12 species of bats, 74 species of orchids and the almost-extinct and highly-protected Mountain Chicken.

“The Island of Flowers”, Martinique, is covered with thick rainforests and mangroves accented by boldly-coloured blossoms. There, the Anolis lizard, assorted crustaceans and the endemic Trigonocephale Snake move freely underneath the natural canopy.

Guadeloupe, the island of beautiful waters, is the home of more than 100 species of orchids. Birdwatchers can enjoy the chirping of the Colibris, Cow Herons. On La Desirade are groves of fan palms and cacti (cactuses), iguanas and tropical birds. Amongst endangered species are, the carnivorous Guadeloupe Raccoon, a few bat species and coral.

Marie Galante presents extraordinary and colourful underwater sights. The island boasts fifteen diving sites on the steep slope of Saint-Louis bay. This is where you will see red and yellow sponges, anemones, sea urchins and black corals. There are also many fish species; trumpet fish, batfish, and green or dotted morays poke through rocks as you dive-by. A rare encounter with oceanic savagery awaits lucky divers: sharks and manta rays.

Neighbourly GetAways
Dive into historical intrigue this week with a visit to the “Shipwrecks of Saint Pierre” in Martinique, a look into the remains of 14 ships which sank during Pelee’s holocaust. This dive promises to fascinate the nature lovers, the thrill-seeker and even the historian at heart.

This week, we invite you to take a trip to Dominica’s Waitukubuli National Park where the adventurer in you can bask in the vitality of the Nature Isle’s rich biodiversity. This trip promises historical grandeur and lush landscapes filled with wildlife and plants. Camping in Saint Francois’ fishing village in Guadeloupe at the School of Surfing and Kite Surfing will lead to the coolest summer ever. No experience needed really — you learn from the French Surf/Kite Surf Federation’s licensed instructors. Come … ride the next wave with the tradewinds. What a rush!

In Grand Bourg, Marie Galante, La Distillerie Poisson is the home of the island’s finest rum, the people’s main ingredient for TiPonche — PèreLabat. The distillery produces about 300,000 litres of rum annually. Made from traditional methods of distillation, PèreLabat is of pure cane juice syrup, hence its unique aroma and taste. Enter free Monday through Saturday (from 7:00 a.m. –12:00 a.m.). Don’t be surprised if you see a team of oxen pulling carts around the distillery.

History
Historical note! Mount Pelee (Bald Mountain) in Martinique erupted on May 8, 1902, destroying the then capital St. Pierre and killing nearly 30,000 people. Did you know that Eugenia Charles replaced Patrick John as Prime Minister of Dominica in 1980, making her the first female head of Government in the Caribbean? In 1970, the upper class people of Guadeloupe refused to obey the equal rights laws and attempted to declare independence. A fire broke out in Pointe-á- Pitre and destroyed 1/3 of the town. In 1960, Carib Indians who settled in Marie-Galante signed a peace treaty with the French and the British who authorized them to settle on the islands: Dominica & St. Vincent. Get to know your neighbours!

A bit of the French Language for the Visitor
Brush-up on your politeness in French!
Oui, s’ilvousplaît: Yes, please
S’ilvousplaît: Please
Non merci :No, thank you
Trèsbien, merci: Very well, thanks
Merci (madame/monsieur): Thank you
Excusez-moi: Excuse me
Iln’y a pas de quoi: You’re welcome
Je voudrais: I would like…
Désolé(e): Sorry