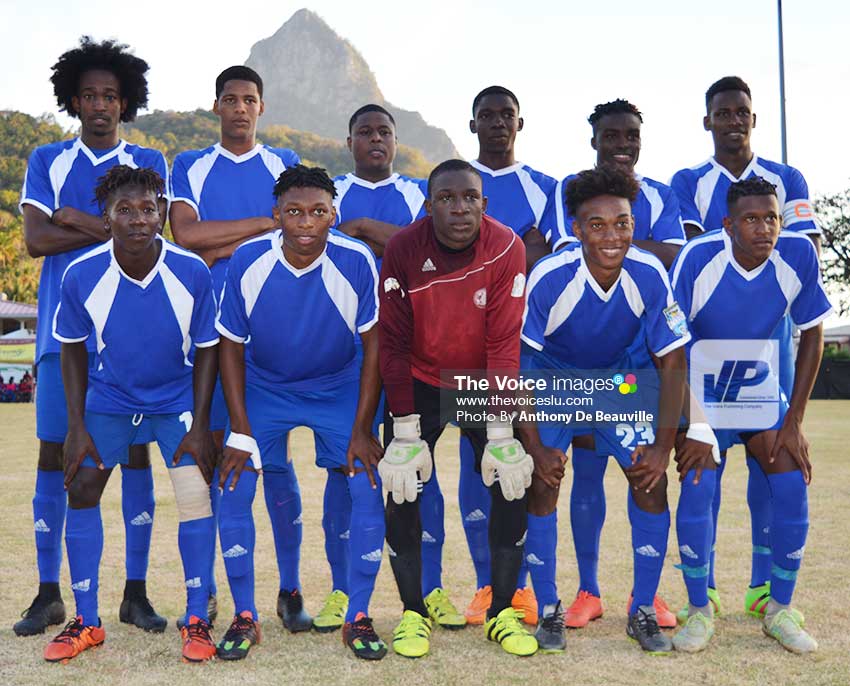 The competitiveness is expected to be no less than it was in the latter stage of the tournament’s preliminary round that ended last weekend in Desruisseaux where teams were in a must-win situation to stay relevant.

The final eight teams know exactly what is required of them and the many football supporters coming to take in the thrill and excitement will want nothing less than a win from their respective teams.

Today, the action kicks off from 6:30 p.m. with an all-Castries derby as Central Castries play La Clery. Central Castries scored 8 goals on its way to the quarterfinals stage and leading their campaign is Shaquille Joseph with four goals.

However, La Clery, with their defensive style of play, will be a hard nut to crack despite scoring four goals and conceding an equal amount in the first round of competition.

The National Under-21 is the team to beat and the young energetic players are expected to come out firing on all cylinders against a more experienced Mabouya Valley team at 8:30 p.m. They will have to deal with a Mabouya team which has the most goals in the tournament (11) as well as the tournament’s leading goal scorer Vernon Abbott (7 goals) scoring the tournament’s only hat trick to date.

Tomorrow from 6.30 p.m., the atmosphere is expected to heat up when the 2016 champions Micoud play Canaries. The defending champions will have to pull out all stops and hope for a better showing. Their 2-1 win against Marchand was by far their best game played to date and despite winning 5-0 versus South Castries, the likes of Noah Didier (goalkeeper), Levi Altidore, Dwayne Mason and Kyran Marcellin will have to come good on the night.

For Canaries, they are certainly having one of their best Super League tournaments thus far, winning three of the four preliminary matches with 1 drawn game. Also, they enjoy a + 6 goal difference.

In the final game on the weekend card, Vieux Fort South take on Desruisseaux at 8:30 p.m. Based on their exploits on the pitch, VFS will start as favourites but will want to take their opponents for granted. Vieux Fort South topped Group 2 with 10 points with three wins and a drawn game and a +8 goals difference. In terms of goal scoring, they have scored 10 with Antonio Joseph and Antonious Myers scoring 4 goals each.

Desruisseaux can count their blessings for making it this far but they will have to bring their ‘A’ game if they are to advance to the semifinal round. They played to a goalless draw against Babonneau but went on to defeat Central Castries 1-0, Roseau 5-2 and in their final group match they managed to scrape a 2-2 draw against Choiseul in a match in which they were outplayed.

Meanwhile, a whopping 114 goals were scored in the 40 games played in the preliminary round, 16 more than last year.