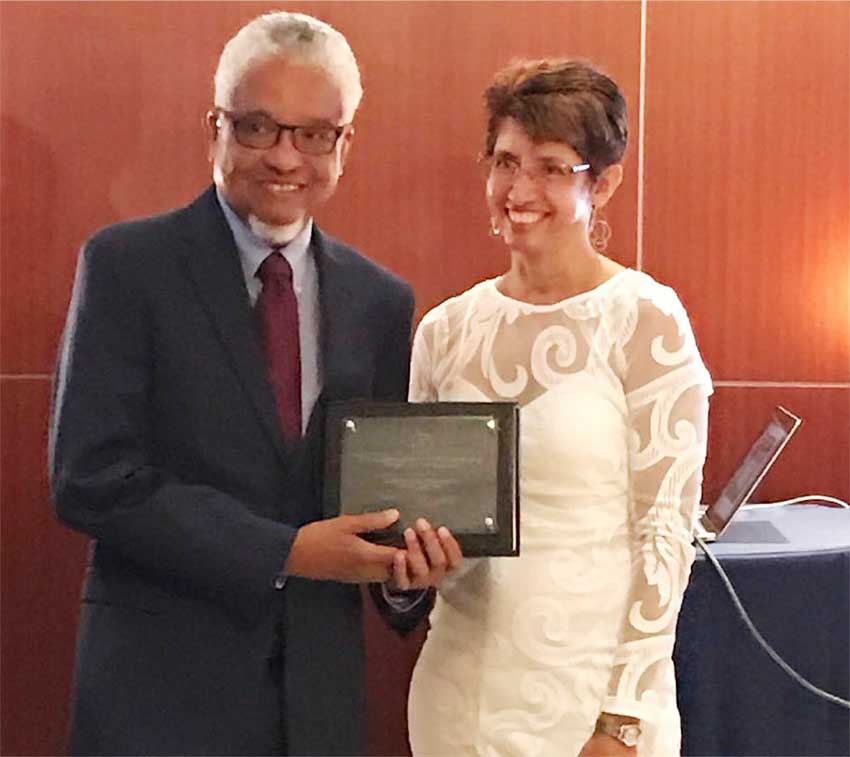 THE Caribbean Association for Rheumatology (CAR) held its 9th annual scientific meeting in Curacao from May 4-6. It was a stimulating conference with international faculty who are leaders in their field.

Professor Harris was honoured for his outstanding contribution to rheumatology. In 1984, he, along with two colleagues in London, defined a ‘new’ rheumatic illness called the Antiphospholipid syndrome. They developed the test to diagnose the condition. Professor Harris worked on global standards for this test, which are sometimes called ‘Harris standards’.

The recognition and management of this syndrome has led to women with multiple miscarriages now being able to have successful pregnancies. The syndrome also causes recurrent clots and other complications which can now be treated effectively.

Dr. Amanda King, President of CAR, stated that Professor Harris’ work is one of the most significant in rheumatology for the 20th century.

The directors elected him as CAR’s first Fellow and Dr. King announced that there will be a lecture series in his name.
The next annual meeting will take place in St. Lucia in May 2018.