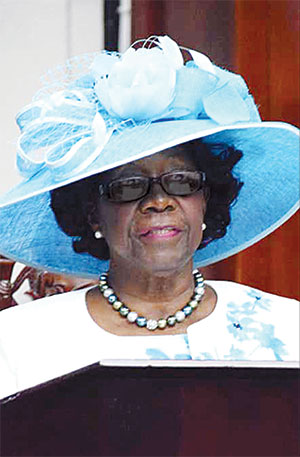 The Second Session of the Eleventh Parliament is scheduled for Tuesday, April 25, 2017. Members of the House of Assembly will meet at 10:00 a.m. and Members of the Senate will meet at 10:30 a.m., after which both Houses will meet in joint session to receive a message from Her Excellency, the Governor General, Dame Calliopa Pearlette Louisy.

The following Motion is down for consideration:

BE IT RESOLVED that the House of Assembly do adopt the Report of the Standing Finance Committee on the Estimates of Expenditure for the financial year 2017/2018 in the sum of ONE BILLION, FIVE HUNDRED AND THIRTEEN MILLION, SIX HUNDRED AND FIFTY-TWO THOUSAND, TWO HUNDRED DOLLARS ($1,513,652,200) as a charge against the Consolidated Fund and other funds of the State of Saint Lucia.