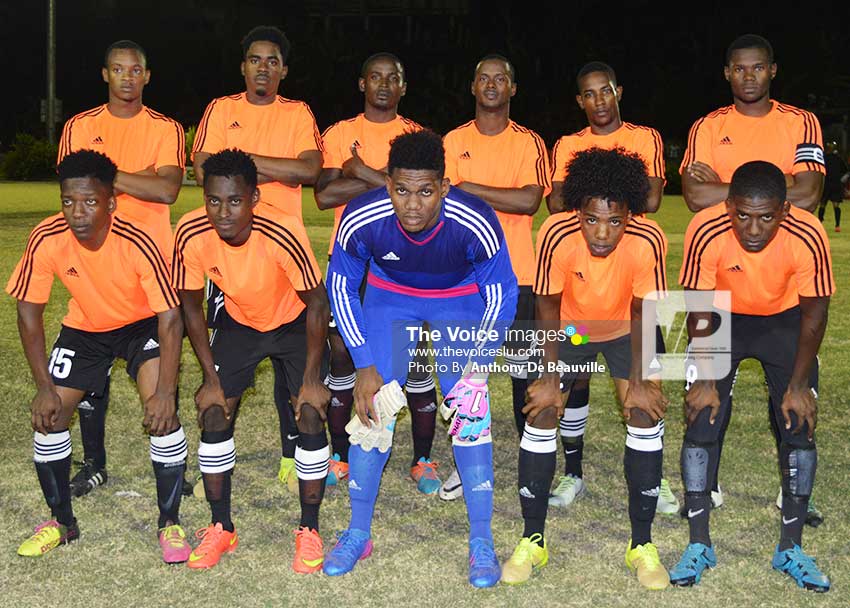 DEFENDING champions Micoud, along with Mabouya Valley, Vieux Fort South and the National Under-21 team, have qualified for the quarterfinal stage of this year’s Vizions Entertainment Super League football tournament currently ongoing at various venues around the island.

The abovementioned teams had outstanding performances over the weekend in their respective group matches played on Saturday in La Resource and Phillip Marcellin Grounds and Sunday at the Soufriere Mini Stadium.

Micoud played to a 1-1 draw against Dennery at the LRPF. Mcguyver Raymond opened the scoring for Dennery in the 5th minute of play while Kyran Marcellin equalized for Micoud in the 29th minute.

In game two, Mabouya Valley powered their way to yet another victory as they defeated South Castries 5-1.

Also on Saturday, this time at the Phillip Marcellin Ground, in the double header, Vieux Fort North defeated Laborie 3-1. The goal scorers for Vieux Fort North were Tyson Cox in the 44th minute, Akeem Myers in the 60th minute and Devon O’Brian in the 90+2 minute. Laborie’s goal came via an own goal by VFN’s Sherman Mayers.

The second encounter that day featured Vieux Fort South against Soufriere. Antonius Myers put VFS ahead in the 17th minute and doubled the score in the 23rd minute. Antonio Joseph made it 3-0 in the 39th minute.

At the Desruisseaux playing field in a Group 1 encounter, Central Castries defeated Roseau Valley 2-0 with goals from Zackery Lerich and Jarvis Charlery.

On Sunday, Desruisseaux and Babonneau played a dull 0-0 draw as both teams played cautiously not wanting to lose their first match but rather share the points.

At the Soufriere Mini Stadium in the first game of the evening, Gros Islet defeated La Clery 2-0 with an own goal from Rico Daniel (La Clery). Daniel, in an effort to clear the ball in the defence instead hit the ball back into his own net, handing Gros Islet a 1-0 advantage in the 37th minute.

Gros Islet further went ahead two minutes later as Aremis Lorde, who made no mistake as he hit one past the La Clery goalkeeper taking Gros Islet up 2-0.

Magloire received the ball on his right foot, only to feign the defender, move the ball onto his left foot and send a perfectly curling shot that beat the Mon Repos goalkeeper.

For the remainder of the half, Mon Repos created very few chances and were not even able to record a shot on target. The first have ended 1-0 in favour of the National Under-21 Team.

On the resumption, the second half did not leave up to expectation. The small crowd was probably expecting some fight from Mon Repos but that never materialized. In fact, it was the National Under-21 team which extend their lead with their silky smooth passing game. The diminutive Cassius Joseph sent his side up 2-0 in the 49th minute and that’s how the scoreline remained up until the final whistle of play.