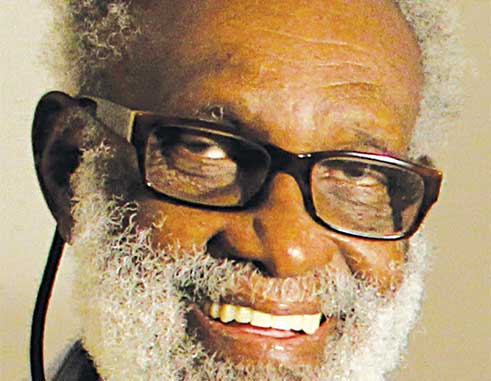 A local historian has called on St. Lucians to channel the fighting spirit of their ancestors to come together and take back their land, freedom and rights.

Gregor Williams spoke to members of the media at the St. Lucia National Archives following a ceremony held yesterday to honour the bicentenary of the death of St. Lucian war hero, Jean Baptiste Bideau.

The event proved to be the opportune time to address matters currently plaguing the minds of many, namely the Desert Star Holding project, which has become a cause for concern for nationalists as the project contains plans to build a causeway from Vieux Fort to the Maria Islets, therefore threatening the existence of endangered endemic species.

Another matter for concern is the impending dolphin attraction project which is earmarked for Pigeon Island.

Over the years, Williams said, politicians have been given too much power and it was time to show them who works for whom. St. Lucians, he said, first need to come together.

He said: “St. Lucians have been very aggressive and very militant in times past. Revolutions have come and we’ve been very much involved throughout the ages. I don’t know whether we’ve lost that fighting spirit, but we need to get it going again to protect what is ours. We have a situation where we seem to be descending into a tribal society and we’re getting into tribal wars with one party against another. That’s not good for the future of our country at all.”

He continued: “It is up to us now to start putting pressure to remind the government, even though we have to take them to court or so, we need to do that, because if we don’t we won’t have anything for future generations.”

Williams said if the nation fails to stand up against the government and instead chooses to whimper in silence, then all will be lost.

He said: “If we accept that this is how it is supposed to work, then we’re in serious trouble.”

Williams said democratic governments are supposed to confer with the people of the nation before making decisions that could affect the lives of future generations.

He said: “We hear the politicians talk about reparations, but what we recognise is our heritage and legacies and patrimony, that’s part of the heritage. Whether you look at Pigeon Island, the Morne Buildings — that’s heritage. But what are we doing now? We’re selling it away, we’re giving it away. That’s not right! People have a right to preserve things for future generations. If you’re giving away and selling away the best of what you have, it doesn’t reflect well on you as a government and as a people, and that hurts. I would like to know that the things I enjoyed as a boy growing up, that my children and their children’s children are also going to do that.”

Although he was not calling for violence, Williams urged St. Lucians to act together to save the island’s heritage, if not for this generation, then for the future ones.

He said: “When we pass, those valuable things, whether it’s a heritage site or the Pitons, the people who have acquired those things keep us out of it, and I think that is not cause for war. But it hurts deep down and that gets people angry. I can’t say that I’m very happy with what I see happening to our legacy and our heritage.”