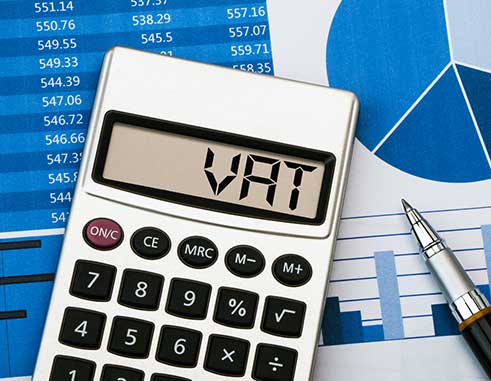 WASHINGTON, Apr 5, CMC – The International Monetary Fund (IMF) says while value added taxes (VATs) have been effective in terms of mobilizing additional tax revenues since their introduction in Caribbean countries, it has not reached its potential.

The IMF has released a Working Paper that reviewed the tax administration reforms that have been undertaken by 20 Caribbean countries with the support of the Fiscal Affairs Department of the Washington-based financial institution and the Caribbean Regional Technical Assistance Center (CARTAC) since its inception in 2001.

The Paper entitled “Tax Administration Reforms in the Caribbean: Challenges, Achievements, and Next Steps” notes that over the past decade, Caribbean governments have introduced the VAT to modernize their tax system, rapidly mobilize revenue and reduce budget deficits.

The IMF said that altogether, these 20 countries and dependent territories represent a total population of 17 million inhabitants with great diversity in terms of size.

St Lucia introduced a 15 percent VAT in 2013 when the St Lucia Labour Party was in power, but the rate was reduced to 12.5 percent earlier this year following a 2016 general election promise by the now ruling United Workers Party.

The IMF study analyzes VAT performance in the region and concludes that while it has boosted revenues, the VAT has not reached its potential.

It said that the VAT, intended as a broad-based tax with limited exemptions, a single rate and zero-rating confined to exports, its design often lacks these characteristics.

The revenue increases from VATs range from 0.9 per cent of gross domestic product (GDP) to 5.4 per cent of the GDP in the countries that introduced the VAT tax in the period 2005–2013.

“Indeed, from this perspective, the VAT has proven to be more effective than the consumption taxes it replaced. However, its contribution should have been much greater. On average, an increase of 20 percent of VAT productivity for the region would represent an increase of 2.0 per cent of VAT.

“Initially intended to be a broad-based, single rate tax, the VAT’s legislation has deviated from these objectives. Zero-rating of domestic supplies, generous exemptions, lower rating of tourism activities, and low registration thresholds have affected its performance negatively and compromised administrative efforts. “

This study argues that, instead of eliminating the VAT, the objective should be to strengthen it.

It said that tax policy decisions regarding other major taxes continue to impact tax administration performance adversely, and require closer attention. The modernization of the tax system is far from being achieved.

Challenges include simplifying the personal income tax regime to facilitate the development of efficient collection and reporting systems … coordinating the corporate income tax regimes to reduce the scope for the “race to the bottom,” as well as to better protect CARICOM member states against international tax evasion, and introducing simplified mechanisms (presumptive tax) for small taxpayers.”

The study notes that fundamental tax administration reform can have a powerful effect on mobilizing tax revenue, but to date, this effect is not yet perceptible in Caribbean countries.

It said that many reforms began after the financial crisis and need to be consolidated. This will take time and more effort. In this regard, significant future efforts are needed in the following key areas: ensuring that the traditional “stove-pipe” administration by type of tax is transformed into an integrated administration, and that the organization reflects a clear focus on major taxpayer segments, moving toward a “whole-of-taxpayer” model of compliance management, improving IT support, and investing in human capital.

But despite the many challenges this study states “there is reason to believe that the foundations for real progress are in place.

The IMF and its partners have recently made a number of tools, such as RA-FIT, TADAT, and RA-GAP, available in order to help countries assess performance and identify their strengths and weaknesses.

But the study noted that a major challenge will be to ensure that ISORA, the new version of the data gathering tool RA-FIT, gains the traction that is needed in the countries in the region, in order to support performance management. Country authorities have indicated/signaleda their growing interest in undertaking RA-GAP exercises and TADAT assessments.

“Finally, despite the significant efforts and funding needed to implement programmes at the regional level, concrete and structured regional programmes designed to strengthen IT support, audit capacity, and enforcement in tax administration across the region have enormous potential to help raise overall tax compliance levels, as well as revenue outcomes,” the study noted.