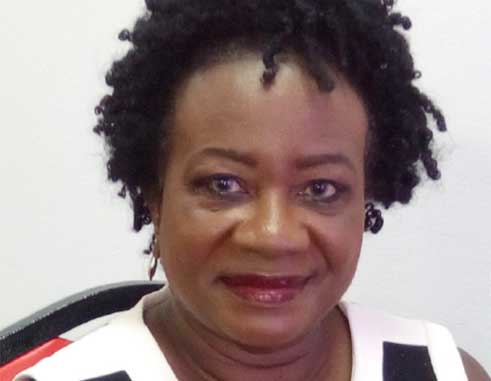 A two-day familiarization workshop on the protocols related to HIV drug resistance monitoring aimed at addressing outstanding issues related to the disease in the Organization of Eastern Caribbean States (OECS) ended here yesterday.

Lynette Hardy, the Monitoring Evaluation Officer for the HIV/TB Elimination Project working with the OECS Commission, said the OECS was behind other Caribbean countries in implementing an HIV drug resistance project/survey and could assess the effectiveness of the antiretroviral regimens used by HIV/AIDS patients.

She said the HIV drug resistance project/survey will come on-stream and the region will now be in a position to know how effective their treatment regimens are.

“We know people are living longer from the (antiretroviral) treatment but we need some scientific evidence,” Hardy said.

Speaking exclusively with The VOICE Thursday, she said evidence gathered from the survey will guide the sub-region in making decisions to its budgetary allocations and in other areas.

“It is also going to tell us how many people are virally suppressed. We know the treatment works; we’ll have the scientific evidence. That will take us to the next level,” she said.

An estimated 1,025 people from the OECS were on antiretroviral treatment for HIV/AIDS as of April 2016. That number has since moved to 1,150; however, this is not the number of people who are HIV- positive.

The antiretroviral drug, which is being used increasingly worldwide, has led to remarkable reductions in HIV-related morbidity, mortality and incidence worldwide. However, with this increased use comes also its resistance to the disease.

This resistance is as a result of treatment interruptions, poor adherence or suboptimal drug combinations that result in inadequate plasma drug concentrations, hindering long-term therapeutic success at the individual level and increasing the risk for onward transmission of drug resistance virus.

The emergence of HIV drug resistance (HIVDR) has become a concern in many regions of the world, including the OECS. It is hard to tell if HIV drug resistance is prevalent in the sub-region because, as Hardy explained, “we still have persons who are not coming forward to be tested.”

“We need to go deeper into the gutters, so to speak; we need to get into the communities,” Hardy said.

Stigmatization, Hardy said, is still a factor in the OECS preventing people from coming forward to be tested.

“Once we can get past that cultural barrier, we can see a change,” she said.

Surprisingly, the cost of the treatment is decreasing. According to Hardy, this is because treatment no longer comes in multiple doses but in one fixed dose, meaning one tablet.

According to the World Health Organization (WHO), at the population level HIV drug resistance may compromise progress towards UNAIDS 90-90-90 targets as it could jeopardize population viral suppression and in turn sustainability of national HIV care and treatment programmes.

The target refers to three key steps that are essential to both better health and care for HIV positive people and to limiting new infections and the further spread of the HIV pandemic.