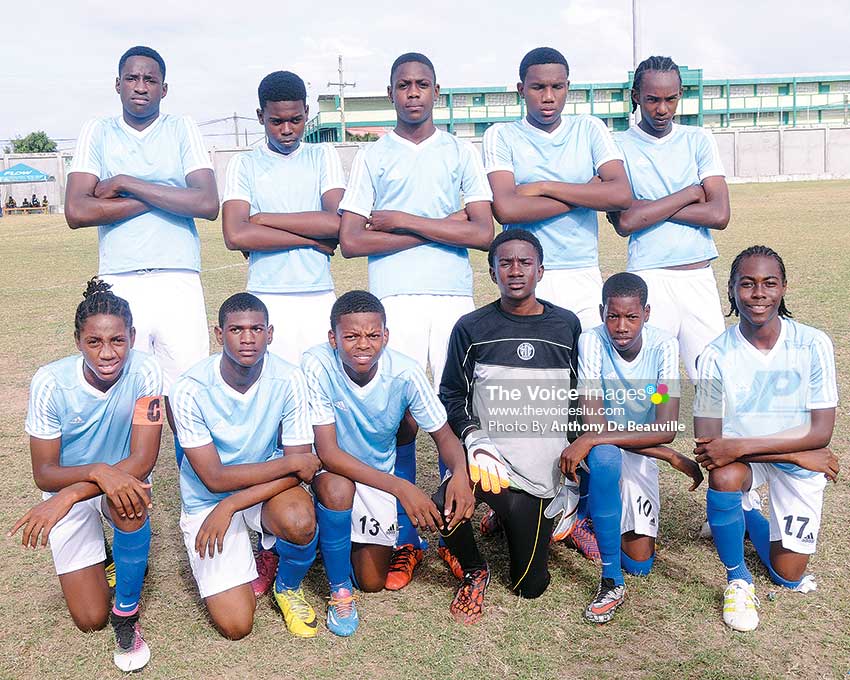 THE stage is set for the grand final of the Saint Lucia Football Association/Sports Saint Lucia Online National Under-15 boys football tournament scheduled for tomorrow at the Phillip Marcellin Grounds in Vieux Fort.

From 6:00 p.m., Mabouya Valley and Gros Islet will play for the inaugural championship trophy while Canaries and Vieux Fort South will battle it out for third place from 4:00 p.m.

Based on the past performances of both finalists, patrons should expect to witness quality play as the players will be looking to impress the SLFA technical staff for spots on the National Under-15 team to represent Saint Lucia in an upcoming international fixture.

Meanwhile, a large crowd was on hand at the PMG last Sunday for the second semifinal as Mabouya Valley edged out Vieux-Fort South 4-3 in a penalty shootout after the scores were locked at 1-1 at regulation time.

A victory for Vieux Fort South on Sunday would have been their fifth consecutive, following in the footsteps of the VFS ladies and the Under-21 men’s and the seniors teams respectively.

Giovanni Augustin opened the scoring for VFS in the 32nd minute to start a mini celebration in the stands after both teams had already squandered a combined five scoring opportunities.

On the resumption, Mabouya Valley showed that they were determined to get the equalizer. Brandon Sandiford found the back of the nets in the 60th minute to level the scores at 1-1. Both teams upped the tempo as they mounted numerous raids on each other to the delight of the crowd.

In the 86th, 88th minutes and during added time, VFS squandered three clear scoring opportunities which would have given them victory over a team which played undefeated throughout the tournament.

In the first semifinal, Gros Islet and Canaries played to a 1-1 draw during regulation time. Jahlil Evans put Gros Islet ahead in the 15th minute of play to end the first half 1-0.

On the resumption, Denyl Jn. Baptiste found the much-deserved equalizer for Canaries in the 74th minute. Despite the 1-1 score-line, both teams appeared to have lost momentum and energy going forward up until the final whistle This result in a penalty shoot-out, when Gros Islet converted 4 to Canaries 3.