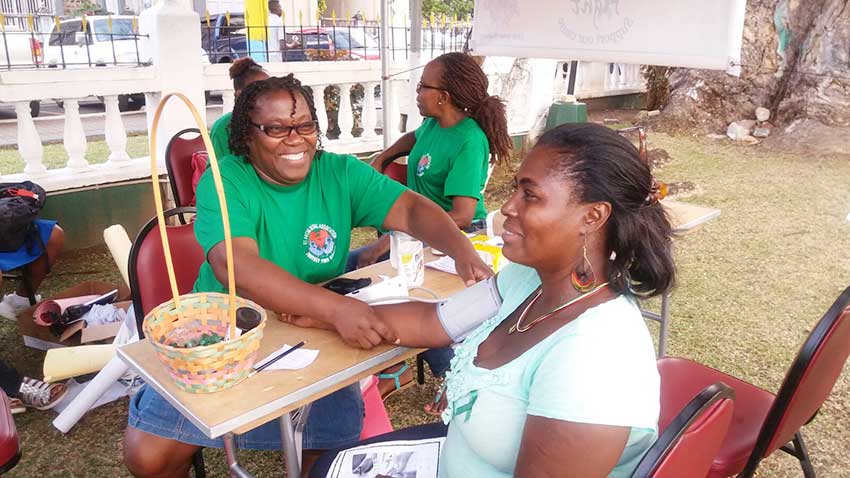 ONE of the island’s top kidney specialists has used last week’s World Kidney Day to call on St. Lucians to wake up to the magnitude of chronic kidney disease and to take active steps towards preventing it.

Dr. Merle Clarke, Consultant Nephrologist at Victoria Hospital, said the aim of this year’s observance was to raise awareness of the importance of kidney health and the far- reaching negative implications of kidney disease as well as the social, biological, psychological and financial toll on its patients.

Speaking at the Derek Walcott Square last week Thursday during planned activities of fun and education, Dr. Clarke said that several health agencies were involved, including the Bureau of Health Education, which she said had more time to go out to schools and communities to educate them more than the likes of Dr. Clarke who are stuck in full time jobs taking care of patients and doing the clinical work.

Dr. Clarke told The VOICE: “We got all the partners involved so we could have more hands on deck, essentially, to try to get the word out to the schools, corporate St. Lucia — just everybody who really needed to be living healthy lifestyles and taking care of their kidneys. I think if we get that message to one person, just one person, we would be successful. But, of course, we’re trying to get that message to just about everybody in St. Lucia. We’re a country of 170,000-plus people and we just cannot continue to be getting people who require dialysis because we simply cannot sustain it.”

Dr. Clarke said some of the things people can do to prevent this condition was to firstly prevent diabetes and hypertension due to its strong correlation to kidney disease, as well as to get yearly physicals and regular urine tests which are cheap. She advised that where urine tests were concerned, they should be requested even though your physician does not because they could forget when doing physicals. Keeping a healthy weight and balanced diet, as well as exercise is also a must, she said.

During the event, scores of people benefited from a series of tests, including blood pressure, blood sugar and urine tests. The medical aspect was married with fun activities for the droves of schoolchildren from schools around Castries, including hula hooping, skipping and racing.

The theme for this year’s event was “Kidney Disease and Obesity: Healthy Lifestyle for Healthy Living.”

World Kidney Day has been observed for the past 12 years on the second Thursday of March.