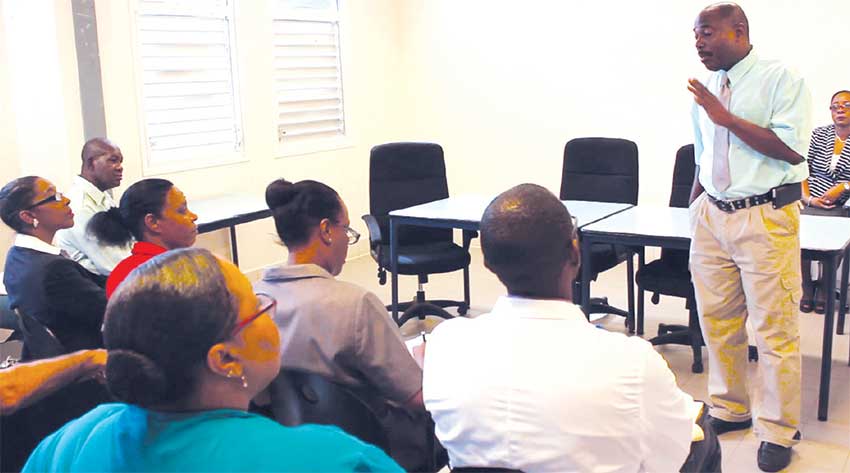 LAST Saturday’s cutlass attack on a patient at the Accident and Emergency Department of the Victoria Hospital not only called into question the current security arrangements at the island’s main hospital but has also left staff traumatized and fearful for their safety.

A man armed with cutlasses invaded the hospital to attack another who was injured and brought in for attention. The invader was stopped in his tracks by an armed hospital security officer and handed over to the police.

An emergency management meeting was convened on Monday to map out new security arrangements and guidelines to improve staff and patient safety from breaches of this nature.

On Tuesday management organised a debriefing session for staff who had witnessed this vicious attack on a patient within their care. Executive Director of the Victoria Hospital, Jeanette Hughes lamented that this incident is “one too many” impacting the lives of staff at the hospital.

She said: “While the incident took place in the A&E Department it has impacted the entire hospital. Once again health care workers find themselves at the end of trauma and risking their lives to give service to the public.”

Hughes said staff are constantly under pressure and frequently have to put up with verbal, emotional abuse and at time physical abuse from the public who they render service to. The Executive Director added that the debriefing for staff was meant to symbolize that management stands in solidarity with the staff who experienced this unfortunate incident.

Hughes indicated that management will relentlessly pursue the recommended security arrangement to improve staff and client safety. She also plans to hold discussions with the Ministers for Health and National Security, the Police Commissioner and others concerning security improvements at the Victoria Hospital.

Said Hughes: “As the Executive Director I dread, I really dread the possibility of this situation worsening. Saturday was a clear indication that this thing is escalating and the lives of the staff continue to be at risk.”

The Victoria Hospital will soon transition to the Owen King EU Hospital however the Executive Director indicated that unless many of the systemic changes are made to the security arrangements this could be an even greater problem.