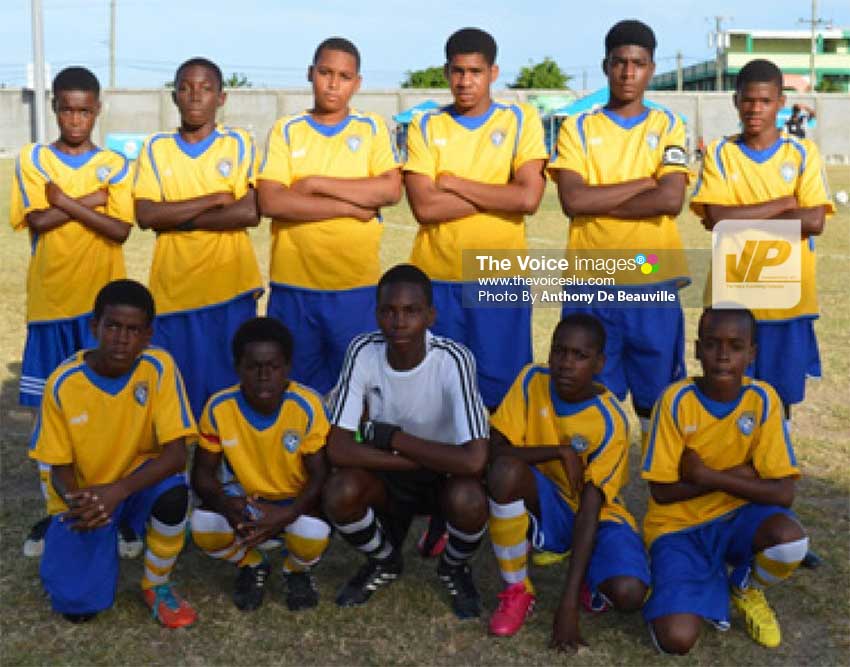 LOCAL football enthusiasts are gearing up for a football double-header tomorrow as the Saint Lucia Football Association-sponsored Sports Saint Lucia Online stages the National Under-15 tournament semifinals with both games taking place at the Phillip Marcellin Grounds in Vieux Fort.

Fans will travel from across the country filled with the excitement at the thought of potential silverware for their respective teams as the tournament draws to an end.

From 4:00 p.m., Gros Islet play Canaries in what is expected to be a very keenly-contested matchup between the two teams. Heading into the semifinal round, Gros Islet defeated Soufriere 2-0 with goals from Jeremiah Justin and Rijkaard Glasgow while Canaries breezed past Micoud 3-1 in one of the better games played thus far in the tournament. The goal scorers for Canaries were Vaughn and Rio Longville and Steven Octave.

In game two, Mabouya Valley take on home team Vieux Fort South at 6:00 p.m. Mabouya Valley secured their spot with a 4-0 thrashing of Roseau Valley with 2 goals from Peter Alfred and 1 each from CaniceSonson and Brendon Sandiford. Vieux Fort South defeated Marchand 2-0 for the final spot on Tuesday evening at the PMG with goals from Nakin Jones in the 24th minute and Donavan Williams in the 80th minute.

Head Coach for the Mabouya Valley team, Clement Alexander, spoke to The VOICE after their 4-0 win over Roseau Valley.

He said, “I am pretty confident as our aim is to win the inaugural competition and with the cadre of players on MV roster, I believe we can go all the way. We have not lost a game and (today’s) semifinal against home team VFS will see us up the tempo. We intend to continue our style of play by attacking and defending in the same manner, which has worked for us in the tournament.”