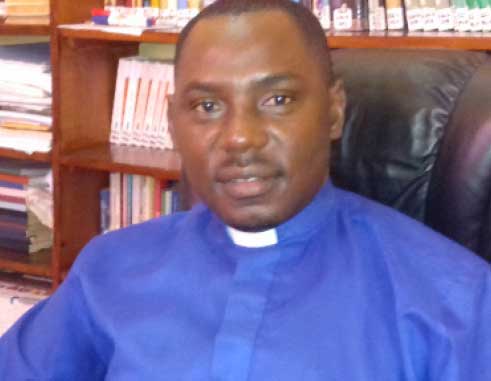 THE Methodist Church in St. Lucia is calling on citizens to show kindness and mercy to people who have committed criminal acts but have paid their debts to society and repented before God.

The Church was commenting on reports that there are some people who have reacted negatively to the news that one of the 17 people convicted for the 1983 murder of former Grenada Prime Minister, Maurice Bishop, was coming to St. Lucia next month to preach.

Leon Cornwall will be one of two lay preachers who will be in St. Lucia for a month-long “Homecoming” celebration of the Methodist Church in April. He served 25 years in prison for his part in Bishop’s killing at the height of a coup within the then Peoples’ Revolutionary Government (PRG) which ruled Grenada from 1979 to 1983.

During his imprisonment, Cornwall, who had embraced atheism under the PRG, underwent a spiritual transformation during which he repented for his crime.

In keeping with the teachings of the Bible, the Methodist Church upholds the principle that all men can be saved and so welcomed Cornwall back into its fold in which he was actively involved before the revolution. Cornwall, who had begun to serve the Lord even while in prison, became a lay preacher in the Church upon his release.

The Reverend Seth Ampadu, Superintendent of the Methodist Church in St. Lucia, said it was scripturally wrong for people to pass judgment on Cornwall or anyone else for that matter. He said the Bible was full of examples of people who had benefitted from the saving grace of Jesus Christ after committing wrongs. Reverend Ampadu released the following statement:

It is natural for us to compare ourselves with others. So we might say, “I’m not as bad as Hitler,” or “I’m much better than a murderer or a rapist”. But the Bible tells us that none of us is seen as good by God, “no, not one”. We are all in the same group, together with murderers, rapists, and even Hitler. God says we are all guilty; we are all “wicked”.

The truth is God hates all sin and all the selfish actions of sin, including ours. But His love is for ALL people. So Christ died “to do away with sin by the sacrifice [death] of Himself” (Hebrews 9:26). That means sin in total. So anyone can trust in Christ and be made right with God. Whether that person is a murderer, rapist, or even Hitler, all can be forgiven through Jesus Christ.

Is it strange that God loves murderers enough to offer them a new life in Christ? Does it upset you to think that God would have accepted Hitler if he had genuinely said sorry about his sin and trusted Jesus?

It is important that we view ourselves through the eyes of God, rather than from our own limited point of view.

CAST THE FIRST STONE. John 8:7 reads; “When they kept on questioning him, he straightened up and said to them, “Let any one of you who is without sin be the first to throw a stone at her.”

Jesus was teaching in the temple when the scribes and Pharisees brought to Him a woman who had been caught in the act of adultery and they asked Him if she should be stoned as required by the Law of Moses. Jesus did not answer immediately but stooped and wrote something on the ground and they kept pressing Him.

Finally, the Lord said, in essence, “Go ahead and stone her because that is what the Law requires. But the Law also requires that the first stone be thrown by a person who is sinless in connection with this charge” (John 8:6–7). We do not know what Jesus wrote but, after He wrote a second time, the Jews left one by one, from the oldest to the youngest, without saying another word. Jesus then set the woman free with a warning to her to sin no more.

From this passage, we learn that we do not accuse others unless we first thoroughly search our own hearts and minds to make certain that we are pure in every possible aspect (Matthew 7:3).

Again, in the Acts 7:57-58, “At this they covered their ears and, yelling at the top of their voices, they all rushed at him, dragged him out of the city and began to stone him. Meanwhile, the witnesses laid their coats at the feet of a young man named Saul.”

The first Christian martyr was Stephen. In the book of Acts, we find the grisly death of this fine man of God. Do you know who orchestrated the execution? His name was Saul, whom we call today as Paul by God Himself. Before Paul became an Apostle, he was persecuting Christians like a crazy man. He was a sick, demented, religious zealot who would stop at nothing to close down the new blossoming Christian religion. “When the blood of your martyr Stephen was shed, I stood there giving my approval (Acts 22:20). And yet when Paul gave his life to Christ, God forgave him and used him to spread the Gospel throughout the Roman Empire.

The point is none of us deserves God’s forgiveness and salvation. No matter who we are, the Bible says we all have sinned and we all deserve only God’s judgment. But the good news is this: God loves us and Christ came into the world to save us. When we repent of our sins and receive Him into our hearts, God has promised to forgive us—completely and fully.

The question is, how in the world could God choose this man Paul to be His primary spokesman in the New Testament? It simply makes no human sense except for the fact that God knows better. When Paul was a changed man through the power of the Holy Spirit, he became the greatest Christian the world had ever seen. We all have a past. God wants us to put that in the rear view mirror of life and move forward new, changed, and empowered by Him. The greatest sinners oftentimes become the greatest Christians.

When Christ died on the cross, He died for all sins and not just selected sins in our lives. If He only died for selected sins, few of us would ever get to spend eternity with Jesus in heaven. Did you know that scripture likens hating people with murder? 1 John 3:15 says “Anyone who hates a brother or sister is a murderer, and you know that no murderer has eternal life residing in him.”

Remember, nobody is too rotten to be saved by Jesus. Every saint has a past and every sinner has a future. God can forgive anyone who truly repents and puts their faith and trust in Christ for their salvation—even a murderer. God bless us all.