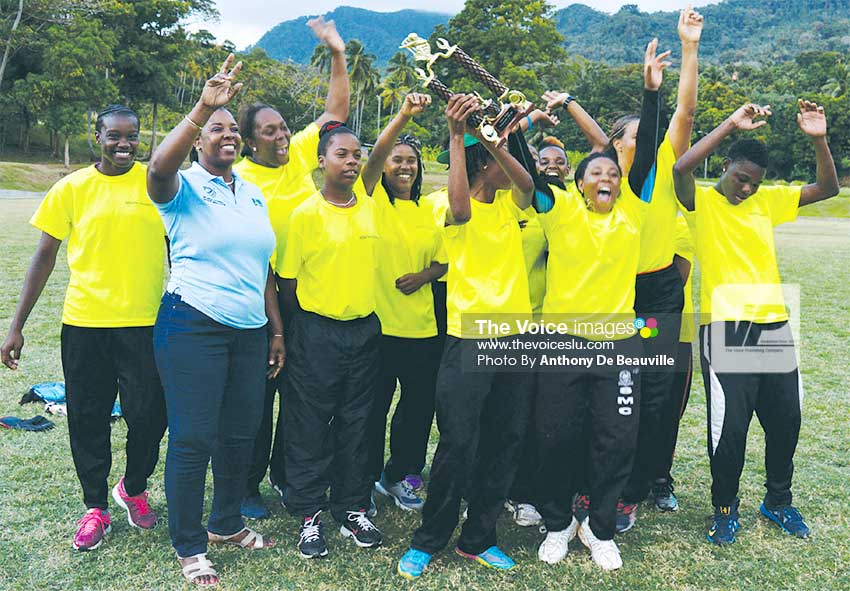 THE South Castries Lionesses remain champions of the Alicia John T20 Women’s Cricket Tournament after they successfully defended their championship trophy by defeating rivals Choiseul by 46 runs at the La Ressource playing field, on Saturday.

South Castries, with two former West Indies players in its lineupPhillipaEudovic and Verena Felicien and four players called up for national trials Ashlene Edward, Nerissa Crafton, Krisha Joseph, and Paulina Francis batted first and was restricted to 142 for the loss of 4 wickets thanks to a well-played 37 from Eudovic, and openers Francis (32) and Crafton (21).

Bowling for Choiseul Shernia Cooper picked up 2 for 20 from 3 overs and Allyah Alfred 1 for 26 from 4 overs respectively.

Chasing 143 for victory, Choiseul never got going as they lost wickets at regularly intervals only to be restricted to 97 for the loss of 7 wickets in their allotted 20 overs. National players Solange Aubert and Roslyn Cooper who opened the batting never got going as they were dismissed cheaply before 17 year old student of the Piaye Secondary school Allyah Alfred top scored with 28 and Shermika Cooper made 22.

Bowling for South Castries Krisha Joseph bagged 2 for 6 from 4 overs and Macrena Nelson picked up 2 for 18 from 2 overs.

President of the Saint Lucia National Cricket Association Julian Charles was on hand to present the trophy to the winning South Castries team at a brief presentation ceremony.

The winning Captain for the South Castries Ashlene Edward indicated that it was a great team effort. She singled out Phillipa Eudovic, Nerissa Crafton and Paulina Francis for coming to the party with scores of 37, 32 and 21 runs respectively.

Choiseul’s captain Roylin Cooper said her team could have given a better shot in chasing the 142 scored by South Castries. The batters up front including herself did not give the team a good enough platform. In the bowling department the middle overs were not up to par as in previous matches played.

Meanwhile, the ladies from the four participating teams – Choiseul, Gros Islet, Laborie and South Castries will again be in action for the Acynta Auguste 50 overs a side competition scheduled to bowl off on Sunday.