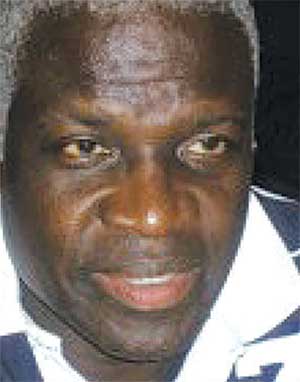 From Revolutionary To Methodist Preacher.

FORMER Grenada revolutionary and now preacher in the Methodist Church, Leon Cornwall, is coming to St. Lucia next month on a spiritual mission.

Cornwall is one of two overseas preachers who will be in St. Lucia during April to take part in a major “Homecoming” revival among Methodists in the circuit to celebrate the Church’s heritage and bring members back to the fold.

Cornwall also served as Minister for Youth and Sports and Ambassador to Cuba, Mexico, Nicaragua and Panama during the reign of the PRG. After the American invasion in October 1983 that ousted the PRG, he was one of 17 persons tried and sentenced to death for the murder of Bishop and the others.

The sentences were commuted to natural life in 1991 after they had served 25 years in prison. Cornwall was released from Richmond Hill Prison, in St George’s, on September 5, 2009.

Immediately after his release, one of the first places Cornwall asked to visit was Bethel Methodist Church Bicentennial Hall where he had attended services for 30 years before the revolution. Reports said he remained there praying for close to an hour.

During the revolution days, Cornwall embraced an atheistic philosophy and left the church. But while he was in prison, he had an encounter with God, which changed his life. He and his colleagues did remarkable work while they were in the prison, running an education programme for all the inmates at no cost to the government. Cornwall himself acted as counsellor and inspiration to many while he was there.

The Methodist Church in St. Lucia said it believes that Cornwall will bring an important testimony when he delivers his series of sermons during the “Homecoming” month. The Church said it believes his messages will have much relevance for St. Lucia at this time which is going through a period of trauma with a range of issues of crime that have affected the country.

The times and places of Cornwall’s addresses will be announced later, but the Church is throwing out an invitation to St. Lucians at large to come out and hear the message from this real-life revolutionary and how God changed him and used him for the good.