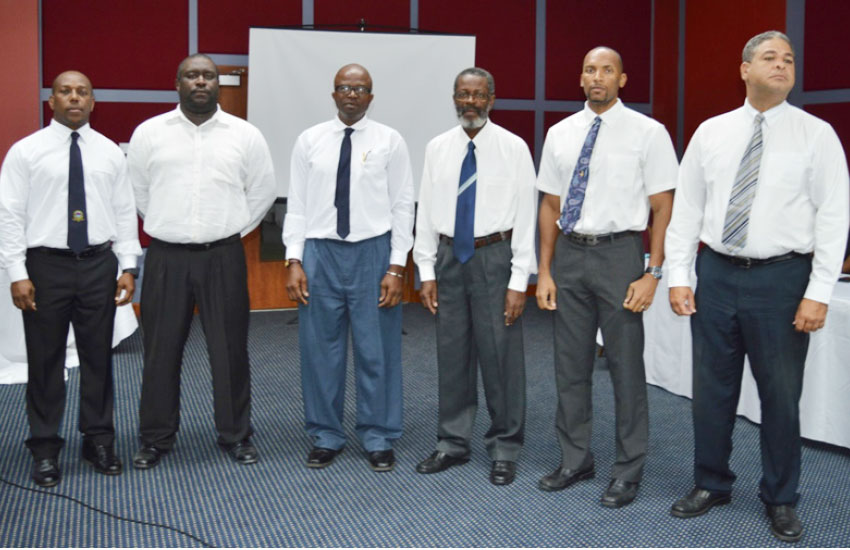 THE Karate Federation Saint Lucia has embarked on a journey to be present at the 2020 Olympics in Tokyo, Japan.

The athletes were addressed by the President of the Federation, Oliver Lawrence, the Technical Director and kata coach Ezra Jn Baptiste, and the kumite coach Michael Wellington.

Lawrence congratulated the athletes on their nomination to the squad and reminded them of the goal ahead and the high level of commitment required to achieve it. The technical director and kata coach also commended the athletes for taking up the challenge to place Saint Lucia on the map in 2020 and reminded them of the team approach which was required in order to achieve that goal. The kumite coach provided a brief overview of the training programme that he has outlined for the next 10 weeks.

After introductions and remarks by the coaches, the athletes were taken through some basic kumite routines by the kumite coach. The kata coach made a few brief comments on the kata performances by selected athletes.

After the brief performances, athletes were invited to share their expectations regarding the squad’s training. They all noted the importance of commitment to the task ahead. The technical director provided an overview of the road map to 2020 Olympics in Japan. Jn Baptiste reminded the athletes of the upcoming Pan American Karate Federation championship scheduled to take place in Curacao from May 23 to 27 noting that Saint Lucia’s participation in the event was critical to moving forward to the Olympics. Two other critical events in this regard are the Central American and Caribbean Games in Colombia in 2018, and the Pan American Karate Federation championship in 2019 in Peru.

A programme of training will be unveiled at the next Federation national squad training session scheduled this coming Saturday. The squad will be reduced to a national team that will undergo more intense preparations for the championship event in Curacao in May.

Other activities on the federation’s programme for 2017 include a panel discussion on the topic: how can Karate-Do contribute to personal and national development; the launching of a newsletter; a youth karate camp, a national martial arts festival and a national tournament.