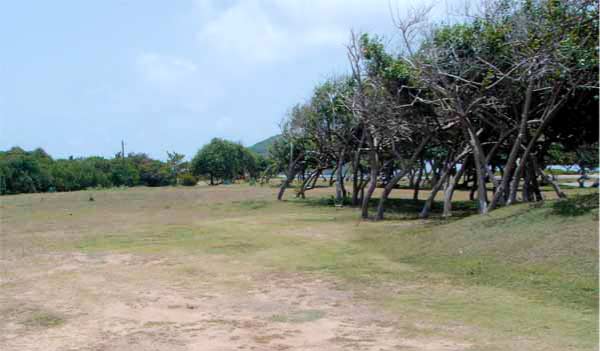 Life need not be taken too seriously; this is an attempt at a jovial journey into the unknown.

On a recent T.V. show, a well-known voice confused confusing questions with answers and enquiries with replies. At least the spelling is different.

And Calixte is a learned and honest man. If he is confused, who is me!?

Before getting confused with contracts, unforgotten agreements, misremembered promises it may be useful to seek assistance from Feedick; no not the imported Palawa but F.I.D.I.C.

Contract is defined under Definitions

1. (1) (f): “Contract” means the Conditions of Contract, Specification, Drawings, priced Bill of Quantities, Schedule of Rates and Prices, if any, Tender, Letter of Acceptance, and the Contract Agreement, if completed.

According to ancient historians Suetonius and Cassius Deo, the Roman Emperor CALIGULA planned to make his beloved stallion INCITATUS a consul. But AloysWinterling makes the case that many of the Emperor’s wackier stunts were designed to insult and humiliate senators; bestowing a high public office on his horse, Caligula aimed to show Senators that their work was so meaningless an animal could do it. (Caligula: A Biography, 2011)

Assuming that D.H.S. is the Government of China, (President Jiang Zemin said that the moment was now to “go out” into the world), by any other name, is big China trying to compete with little China (Taiwan) in Saint Lucia.

Could Mr. Teo Ah Khing have pointed out Saint Lucia on the Map of the World seven years ago? No individual, no company is interested in creating jobs for the locals; only in profits at the end of the year or years.

The Racing Complex will generate jobs for our people. Will horsewomen be allowed to compete? Or will they be compelled to ride side saddle and wear the Hijab, the Burka, the Chador or the Niqab?

Horse racing is a sport with substantial betting. Will Ladbroke’s or a Saint Lucia company take control of gambling? Or will the MAFIA take full control of all gambling in Saint Lucia?

There is a great opportunity to place Saint Lucia on the map (again). Invite Dubai’s Sheik Ahmad Bin Saeed Al Maktoum to open the proceedings. The Middle East is globally recognized as an equine capital and these events continue to showcase the grace, beauty, speed and power of genuine thoroughbreds.

And if, Allah forbid, Al Maktoum were to fall ill, would he be taken to St. Jude’s? the old Vic? the new Owen King Centre? Or Mary may suggest the new Soufriere hospital. Unfortunately, if one is too busy to reply to hand delivered letters, the Miscontrary will not be right. But the Sheik is no ordinary man: money is no problem; the problem is too much money.

On the healthier side some local farmers may be able to collect horse dung to fertilize their farms. They will have to act quickly; rumour has it that the Chinese make rice out of plastic, the Japs having been making artificial foods for over 60 years. Retrocede the horse dung to China and in return China will send to Saint Lucia in beautiful plastic bags a piece of Chinoiserie… horse pudding.

A plan announced quite recently is to join the mainland to Pointe Sable or Moule a Chique. What if there is oil? Has Grynberg given permission? Man-made islands in the South China Seas have many countries in dispute.

Would the causeway belong to the builders? That piece of man-made land would accommodate a nice landing strip, a stone’s throw from Hewanorra.

Would water from the John Compton Dam to diverted to Vieux Fort during the construction phase or subsequently? Now that there will be no wind farm in Dennery, could LUCELEC supply the electrical needs of the project?

It is easy to pose questions but difficult to find answers. So assuming that well know law firms like Vinson & Elkins and O’melveny& Myers have report satisfactorily on due diligence, let the construction commence.

Is Saint Lucia becoming a nation of Fesstivities? We have Nobel Fesstival, Jazz Fesstival, OktoberFess. Oktoberfest is the world’s largest beer festival of Barvarian culture and held since the middle ages.

The Government was duly elected, one of its obligations is to help create or help find jobs for young and old. We are free at last. Being Independent also means freedom to beg, we are broke, so take the money and the concrete.  J. Baden Allain