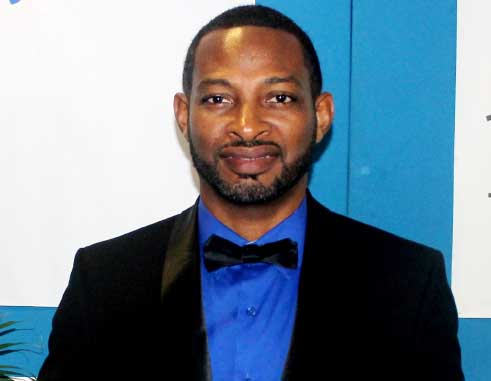 FORTY-one-year-old Ian Mitchell is probably one of the finest end-products of hard work precipitated by a determination to succeed. Ever since believing he could achieve the impossible almost a decade ago, he’s now at the point where he’s searching for more impossibilities to conquer.

The Managing Director of eMagine Solutions Inc., which started five years ago, said his company is determined to keep strengthening the ‘serve’ part of service. In fact, it was his passion for delivering an excellent service that inspired him to merge his own company, Carib Traders, with those of his competitors.

“We had a number of competitors in the market going after a lot of small business contracts for agencies,” Mitchell said. “It was basically a struggle because it was a small market and with so many small competitors, you really couldn’t get a fair price for your product because of that heavy level of competition.”

Mitchell said there were periods when there was no work, with Carib Traders having to settle for whatever little it got. Taking a vacation was out of the question because he and his partner at the time had to do and be everything: web designer, web developer, accountant, marketer, manager and employee. It was not a sustainable way to build a business that would have any kind of legacy, he admitted.

Mitchell approached some of his competitors whom he felt had certain crucial merits and convinced them to merge their businesses with his, thereby bringing all their clients under one umbrella and bid for larger contracts with their larger resource base. In the end, Mitchell, Robin Schouten and Chris Gardiner traded in their individual companies and formed eMagine Solutions Inc. He admitted that the problems did not end there.

The company started off with its partners working from their homes with whatever knowledge, equipment and contracts they had, eventually acquiring some office space. They literally had to take their journey together in faith and had to imagine the possibilities for the new business venture.

Mitchell, a former student of St. Mary’s College, started learning about basic website development about 16 years ago around age 25 years while working in the Finance Department at Cable & Wireless where he managed a team of debt collectors.

Although his background was in accounting, he began to hone his information technology skills after working hours, becoming better acquainted with HTML, JavaScript and other related matters. After resigning from Cable & Wireless in 2000, he concentrated his energies into merging his finance background with his new passion for IT.

After getting a few jobs setting up systems for companies, Mitchell left Saint Lucia soon after to continue his education at Cameron University in Lawton, Oklahoma. While there, he continued to manage websites for clients while keeping up with the heavy class work just so he could make ends meet. It all paid off, though, with him achieving a 4.0 grade point average (GPA).

Nominated for two awards at this year’s St. Lucia Business Awards, eMagine Solutions Inc. walked away with the Award for Service Excellence. (The other nomination was for Service Exporter of the Year).

Mitchell said winning the award was a significant degree of validation, especially for the company’s eleven employees, more than half of whom are under age 22. The company has also taken in interns from Sir Arthur Lewis Community College (SALCC), two of whom are now supervisors and junior developers.

Describing his partners Schouten and Gardiner and other employees as being very valuable to the company, he also believes his company proves that startups do have the aptitude to succeed and that excellent service begins at home.

“I believe that you keep somebody in your company by making them feel they’re worth it and valuable and not doing things you can’t afford to do…I will do what I can to make you feel like you’re valuable and worth it. It has worked for us because we have these young people coming in a 7:30 in the morning,” Mitchell said.

Mitchell admitted that he has not really made it and still has a long way to go, that he’s not invulnerable to failure. However, he said the company does have some pretty decent contracts that can keep it going for quite some time. However, he stressed that his company has no tolerance for complacency, shoddy work and negativity.

While Mitchell’s – and Schouten and Gardiner’s – success might seem as simple as their story sounds on paper, the truth is that in a society where excellent service is rare, a great deal of ingenuity, finesse and interpersonal skills are imperative to ensure a business’s survival. That is why Mitchell advises entrepreneurs to be willing to serve in a meaningful way before even contemplating rendering a service.

“You will struggle until you build relationships that will allow you to get a break from somebody somewhere because you can’t do it all on your own,” Mitchell said. “Somebody has to decide that this person they don’t know professionally can be trusted to provide them with a service or product. Also, build a model that includes some level of recurring revenue.”