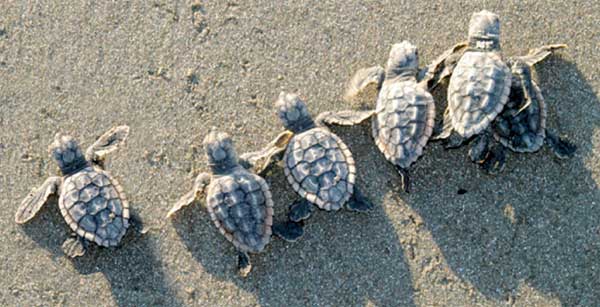 WITH the onset of the 2017 Sea Turtle nesting season, the Management of Coconut Bay Beach Resort & Spa with the support of local Department of Fisheries last week conducted an orientation & training workshop for staff members on the management of the sea turtle population.

The workshop was held on Wednesday, March 22 and targeted staff members drawn from the hotel’s Kids Klub, Security, Entertainment, Grounds, Pools and Guest Relations Departments. This workshop is staged as a yearly activity which is aimed at equipping staff from selected Departments with the necessary knowledge to enable them to respond in an informed and effective manner to turtle nesting and hatching events. Last week’s workshop was held to coincide with the Turtle Nesting season which runs from April to October each year.

Participants in the workshop were provided with “know-how” on aspects such as: identification of species and tracks, life cycle, nesting information and habits, salvaging, custody and release of disoriented hatchlings, data collection, etc.