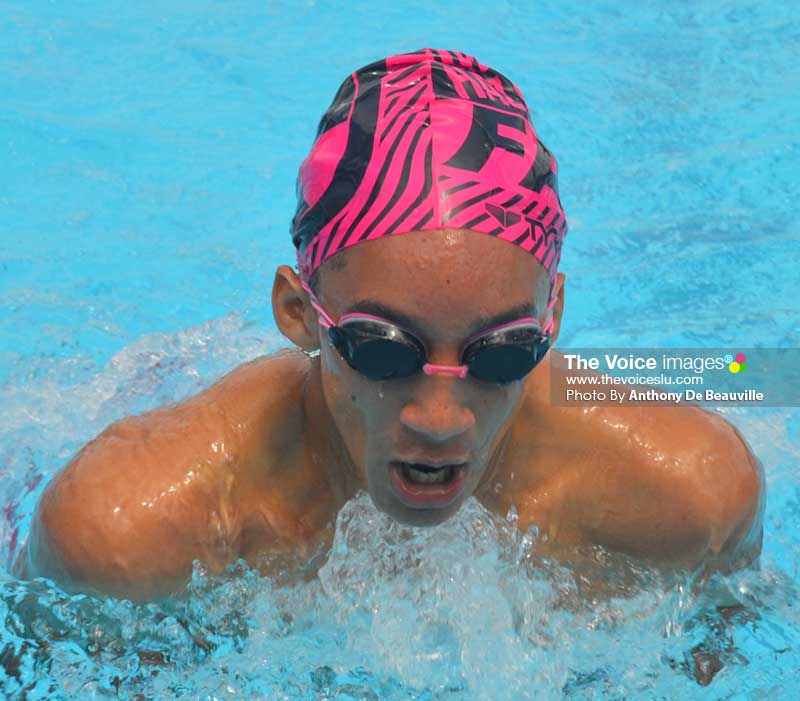 ONE debutante has been named by the Saint Lucia Amateur Swimming Association’s technical staff in a seven-member squad to represent Saint Lucia at the upcoming Carifta Swimming Championship in the Nassau, Bahamas from April 15-19.

Hazell, a Grade 6 student of Tapion Private School, will compete in the 50-metres backstroke, butterfly, breaststroke and freestyle, as well as the 100-metres freestyle and 100-metres breaststroke.

She is the current record holder for the Girls 8 and under Short Course 50 meter Breaststroke which she established in Suriname in 2014 with a time of 43.13 seconds. Naima also won Gold in 50 metre Short Course Freestyle with a time of 30.11 seconds.

Hazell was a member of the Saint Lucia Girls 9-10 relay team which earned one silver and two bronze medals at the Goodwill Games.

Fourteen-year-old Katie Kyle, the 2016 Junior Swimmer of the Year and a member of Sharks Swim Club, will compete in the 50-metres and 100-metres backstroke, butterfly and freestyle races.

Mikaili Charlemagne of Sharks Swim Club will compete in the 50 metres and 100 metres back stroke, fly and freestyle respectively.

Leading Saint Lucia’s charge at the championship in the Boys category is 17-year-old Jyasi Daniel, who is currently studying in the USA, and will compete in the 50-metres and 100-metres butterfly and freestyle events.

Fourteen-year-old Junior Male Swimmer of the Year, JayhanOdlum-Smith of Sea Jays Swim Club will compete in the 50-metres, 100-metres, 200-metres, 400-metres and 1500-metres freestyle distances. In his last swimming outing at the Lightning Aquatic Carnival Relay held at the RHAC, Smith nosed ahead of the pack in the 50-meters in a time of 25:87 seconds; he entered the event with a seeded time of 26.16 seconds.

Jamarr Archibald of Sea Jays Swim Club will make his third consecutive appearance at the games, competing in eight events, namely the 50-metres, 100-metres and 200-metres backstroke and freestyle, and 100-metres butterfly and 200-metres individual medley.

According to SLASA, Saint Lucia will not have any swimmer in the open water competition this year because given the small number of national open water events, swimmers have few opportunities to qualify.