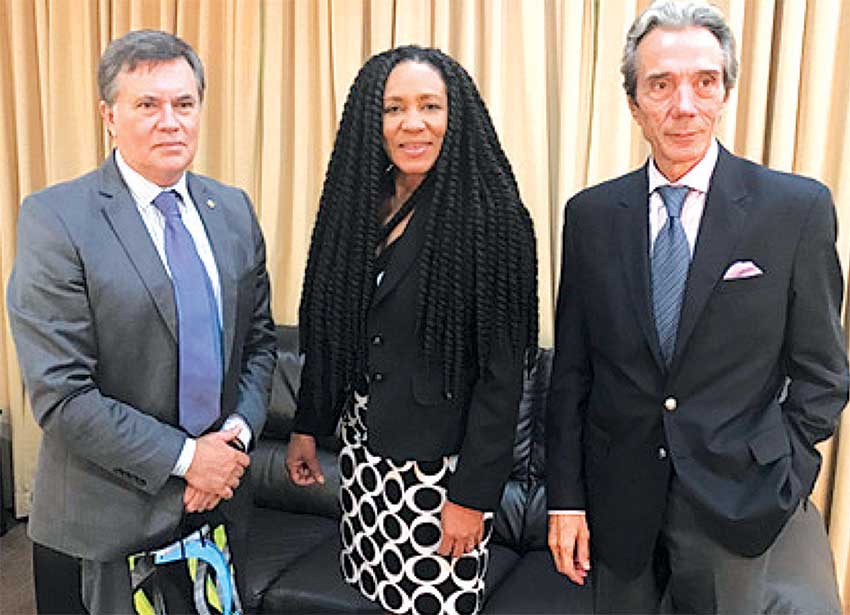 MANUEL Otero, the candidate of the Government of the Argentine Republic for Director General of IICA (the Inter-American Institute for Corporation on Agriculture) as part of his Caribbean tour to meet with officials of the IICA member states, visited Saint Lucia from Friday March 23 to Monday March 27, 2017.

During his visit, he met with representatives from the Department of External Affairs, the Organization of Eastern Caribbean States (OECS) and the Ministry of Agriculture; where he presented his ideas for IICA should he be elected and also reiterated his assurances to work with Saint Lucia and regional authorities, emphasizing the importance of South-South cooperation.

MSc stressed that although food security has grown to be one of the major problems in the world today, it can also be the solution to many issues facing not only St Lucia and the Caribbean region but the global community. He highlighted that “the time is right to allow agriculture to become a strategic issue by our leaders. Saint Lucia for example has all the natural and human resources needed in order to lower the food import bill; however focus needs to be changed and an emphasis be placed on employment generation with more agro-processing activities.”