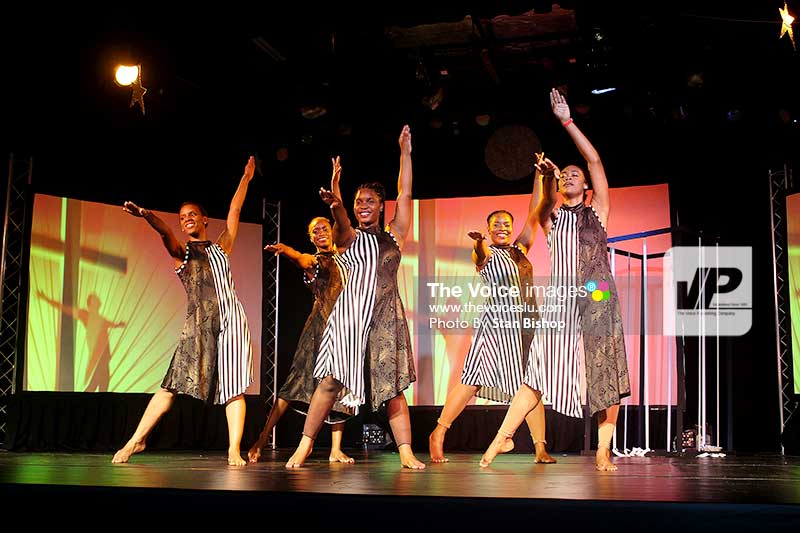 The production, a collaboration with the Academy and the Nobel Laureate Festival Committee, was the eighth such partnership between the two entities since 2006 and also highlighted the Academy’s growth over the past 25 years.

“La Luna”, the untold stories of our subconscious minds revealed in a series of dreams that occur beneath the moonlit night, was conceptualized by the Academy’s founder/artistic director, Barry George, and performed by a talented cast of nearly two dozen dancers who brought the stage to life with their creative movements. Apart from George, the other choreographers were Gideon Ambrose, Crystal Octave and Shartoya Jn. Baptiste.

Saturday’s performance was the second in two straight days at the NCC. While “La Luna” was an impressive effort by the cast, George told The VOICE he was hoping that more patrons would have supported the production, which was attended by less than 100 people on Saturday. He said a great deal of effort and finances went into making ‘La Luna” the magic it was.

The Academy’s projects director, Licia Jn. Paul-George, said that while promoting and preserving dance poses many financial challenges, the overall aim is to ensure that the art form grows through staging such productions.

“The Academy believes it’s necessary to stage them with anticipation that we can convince (people) of influence to not only realize that Silver Shadow needs assistance but is an organization that needs funding and is a great medium for cultural investments” Jn. Paul-George said.