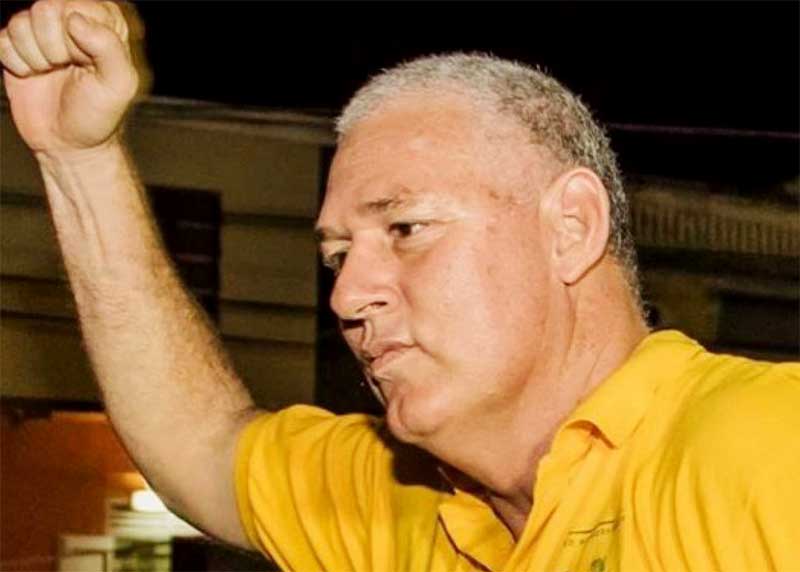 Pearl of The Caribbean –7.

ISSUES surrounding the prime minister, Allen Chastanet represent another possible reason why St. Lucians are and should be wary of the DSH development. It would appear that Chastanet is under tremendous pressure. Last time UWP was in power it was a conspicuously dysfunctional government, where every Minister was a Prime Minister, and Taiwanese Ambassador, Tom Chou, was seemingly serving as the Prime Minister among Prime Ministers. Under such conditions it was probably a relief to many that the government didn’t embark on any ambitious projects.

This time around, the functionality of the UWP administration appears to have improved, but there are reasons to suspect it is hanging by a thin thread. The fact that two of the party’s heavyweights, Peter Lenard “Spider” Montoute and Stephenson King entered the political race only during the last week or two of the campaign, and well before there were at loggerheads with Chastanet, and whose entrance may have sealed victory for the UWP, is one such indication. These heavyweights, whose presence in the party predated that of Chastanet, have been unaccepting of Chastanet’s leadership, and they may be just as keen to get rid of him as the charismatic Richard Frederick, the policeman, turned lawyer, turned politician, turned talk show host, who was ousted from the party and who since then has used his talk show and any other platforms at his disposal to lambaste the Prime Minister. In their eyes his legitimacy as the leader of the party and as the Prime Minister of the country is suspect.

In other words, Chastanet has to be constantly watching his back; while his colleagues are biding their time. The fact that Chastanet has packed his government with junior ministers new to the party and likely loyal to him (at least more so than the established hats) partly as a counterweight to the opposition he faces in his government is instructive. All this suggests that Chastanet is under a lot of pressure to prove himself, to gain the respect of his colleagues, to establish his legitimacy. Conceivably, Allen Chastanet is under pressure and on a mission to prove his doubters wrong. After all, the only governments that seem to work well in the region are those in which the prime ministers stand head and shoulders over their colleagues. Some may attribute this to the legacy of slavery, but the take of social and political scientists on this perception or phenomenon should be interesting.

For some the Prime Minister’s intellect, professional reputation and achievements are incompatible with national leadership. Notwithstanding, the Prime Minister’s hour and a half press conference on September 19, 2016 tells a different story. He was calm, poised, collected, and stately. He answered all questions thoughtfully, substantively, and forthrightly. Even when a question had several parts, he remembered all the parts and answered each in turn. He was definitely not the airhead that he has been made out to be, he handled himself as well as any Head of State.

Moreover, while there is nothing spectacular about Allen Chastanet’s biography, there is also nothing shabby about it or of which he should be ashamed. He did his undergraduate schooling at Quebec’s Bishop’s University which has produced no less than 15 Rhodes Scholars and earned his Master’s degree at the American University in Washington, D.C., whose graduate programme in International Services is ranked 8th in the world, and whose International Affairs undergraduate programme is ranked 9th. He served as a Tourism Director under Sir John’s 1992 government, he was Vice President of marketing and sales for Air Jamaica, president of the St. Lucia Hotel and Tourism Association, Chairman of the marketing committee for the Caribbean Hotel Association, Director on the board of the ICC Cricket World Cup West Indies 2007, and Minister of Tourism in the UWP’s previous administration under Stephenson King. He is a co-founder of the Caribbean Media Exchange, and owner/founder of two apparently successful and award winning hotel properties— Coco Kreole and Coco Palm— Clearly, Chastanet isn’t the worst among those who have occupied the Prime Ministership.

But the area where one cannot be faulted for siding with Chastanet’sdestractors happens to be his area of supposedly greatest strength—his gift of gab. They say he can talk a good game, and he is nothing more than a salesman. The Prime Minister is known for his exuberance of words to which he may not have given sufficient thought. He makes utterances that should have rung a warning bell the second they came out. He has been accused of glib, and misusing or abusing facts and statistics.

There are several recent occurrences that lend support to those claims. During the recent election campaign Chastanet promised to make it possible for St. Lucians’ to enter the U.S. without visas, but once in office he sang a different tune, saying he meant that he would improve the state of affairs to such a great extent that St. Lucians have no desire to migrate to America. He had also promised to virtually abolish VAT, but once in power opted instead to reduce VAT from 15% to 12.5%. His famous utterance on Barbados’s Nation News of the US deporting 800 St. Lucian criminals in one year, when, according to the US Embassy in Barbados, only 100 St. Lucians were deported in the past five years, and only 8 in 2015, is another case in point.

Once on a roll, it seems Chastanet is difficult to stop. The Nation News reporter, realizing the incredulousness of the statement, kept prompting him for reconsideration, but Chastanet became even more adamant. Of course, the Prime Minister raised a vexing issue, and his misquote may turn out to be a blessing in disguise, because it forced attention on the problem.

Nonetheless, one wonders whether the Prime Minister’s gift for gab, his ability to talk himself out of trouble, to getting out of tight corners, has informed the ease and haste with which he has signed the DSH agreement, knowing if need be he can talk his way out of it. Indeed, there is already some evidence of that approach, for the Prime Minister has said, in effect, “don’t worry, this is just a broad memorandum of understanding, it isn’t cast in stone.” Yet to the eyes of many, including lawyers, Richard Frederick in particular, the agreements appear to be legally binding.

Whatever are Chastanet’s deficiencies, ambition is not one of them. One senses that he is aiming at nothing less than to replicate and even surpass Sir John’s colossal political accomplishments. Chastanet is facing the predicament of all sons who grew up in the shadows of famously successful fatherS. How do you become your own man, how do you forge your own identity, how do you supplant, surpass a legend? It seems that Chastanet may have found the answer in politics, there he can go where his father can only dream of.

Chastanet is the parliamentary representative for Micoud South at the center of which is Desruisseaux, a rural hamlet tucked in the interior of the island. Largely rural, Micoud South doesn’t lend itself to the type of development that would allow Chastanet to leave an indelible mark on the nation and enable him to securely establish his political base from which to solidify his hold on the politics of the country. So naturally, Vieux Fort, which is just a few miles from Micoud South, and equipped with an international airport, seaport, large expanse of flat land, a spectacular beach, and well developed infrastructure, all of which go into making it a developer’s dream, is where Chastanet would like to paint his masterpiece, for to develop Vieux Fort is to develop Micoud South, and in fact the whole southern half of the island.

So understandably, with one stroke of the pen, the DSH development would go a long way to helping Chastanet realize his ambitions. The Pearl of the Caribbean would be to Chastanet what the Rodney Bay Marina was to Sir John Compton. Nonetheless, the question many Vieux Fortians may be asking is: will Chastanet let his ambition override issues of sovereignty and patrimony? One of the historical criticisms of Compton’s UWP was a single minded focus on economic infrastructure at the neglect of social infrastructure and people development. Nothing like STEP programmes, footpaths, universal secondary education, electricity and pipe borne water for seemingly insignificant rural hamlets were in Compton’s demonstrated vision. So the question that must be bothering St. Lucians is: will Chastanet continue that trend, and give little consideration to the fact that the sale of Pointe Sable Beach to DSH will render another St. Lucian beach unavailable to the local population. Will nothing be held sacred in his dream to recreate a Miami Beach?