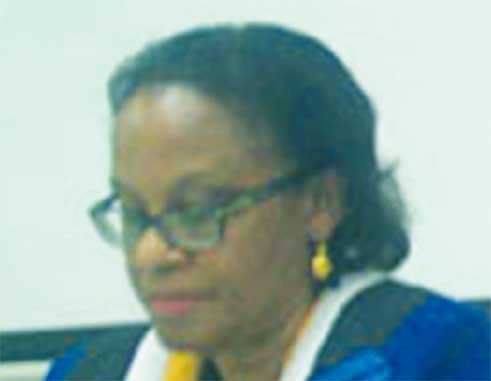 MAYOR of Vieux Fort, Orricia Dembow-Bullen is not fazed the opposition among some business people in her townabout the $2.6 billion project that is expected to unroll in that part of the country over the next several years.

The opposition became noticeable Tuesday when protesters from Vieux Fort assembled near the parliament building next to Constitution Park, Castries denouncing the project, the displacement it will cause to persons operating on Sandy Beach and other concerns.

The din outside caused House Speaker Lorne Theodore-John to come out of her chambers and talk directly to protesters calling on them to keep the racket they were making under control.

“You will have to keep the noise under control. Everyone, I am going to ask you politely and nicely. If I continue to hear that noise through the chamber I have the right to ask that you disperse within the precinct of the parliament,” Theodore-John said.

Despite the opposition to the project, most of which will be taking place in her town, Mayor Dembow-Bullen is steadfast in her belief that the project is a good one for Vieux Fort.

“Vieux Fort needs that boost. When you put people to work, crime takes a back seat,” she said juxtaposing the number of jobs the project promised and the amount of crime in the community.

The DSH Caribbean Star Limited project, she said, will change the mindset of the unemployed because of the job stability it offers.

With respect to the protest outside parliament Tuesday, Mayor Dembow-Bullen said she cannot speak on that as the different phases of the project have not yet been finalized and more information will be revealed by government when the time comes.

The VOICE has been reliably informed that owners of a string of restaurants and bars on Sandy Beach are not pleased with the agreement as they stand to lose the lands on which their businesses are located.