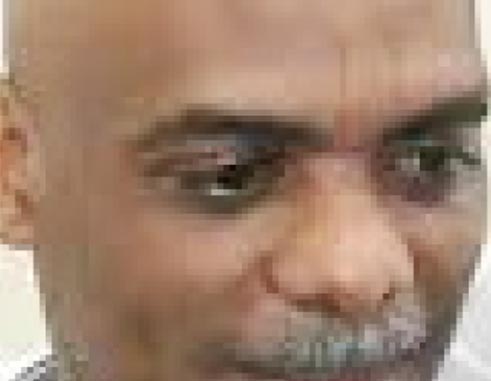 TWELVE years after being arrested and charged with murder in the death of his 12-year-old daughter, Verlinda Joseph, nine of which he spent at the Bordelais Correctional Facility supposedly on remand, and three on bail, Eugene St. Romaine is set to go on trial, yet again.

The trial has been scheduled for April 24 of next year, according to the Deputy Director of Public Prosecutions Stephen Brett.

The upcoming case is not the first time St. Romaine has had to face a court in connection with the charge since his arrest on April 2, 2004. Several hearings called over the years have had to be delayed, due in part to administrative logistic factors related to the resources of the court, availability of personnel, and requests by both the prosecution and defense team for adjournments.

The murder of Joseph at about 7:20 a.m. on December 2, 2002 shocked the nation. It was reported that she left her home in Saltibusenroute to a nearby seamstress. This was the last time she was seen alive. Her half – naked and brutalized body was later discovered by her father, St. Romaine.

Court documents revealed that it took two years and seven and a half months to record the evidence of 38 witnesses who appeared at the preliminary hearing before St. Romaine was charged in connection with his daughter’s death.

The same court documents showed that at one point during his incarceration in 2007, St. Romaine filed a claim seeking bail. More than a year later he claimed that the court had refused to hear his application.

On October 27, 2009 he filed a constitutional motion for a permanent stay of proceedings. That matter came up for hearing before High Court Judge Francis Belle in 2012 and was denied.

While at Bordelais St. Romaine declared that he was suffering with heart and chest pains. On the outside his attorney, Martinus Francois was vociferously speaking about the case and in some instances trying to make it appear as a human rights issue by claiming that St. Romaine’s human rights were being violated on account of him being at Bordelais for a protracted length of time without his case going to trial.

Over the years there have been much back and forth by both the prosecution and defense. St. Romaine even had concerns over the accuracy of the DNA evidence which the prosecution intended to use against him.

With Attorney Francois by his side St. Romaine latched on the theme that the State had breach his constitutional right to a fair hearing within reasonable time by an independent and impartial court established by law. That claim was based largely on an alleged delay in bringing his matter to trial along with other factors.

At a hearing in 2011/2012 Justice Belle ordered that St. Romaine be granted bail in the sum of $60,000.00 with two sureties who are able to produce property or proof that they would be able to pay such a sum should St. Romaine fail to appear for trial.

Further that St. Romaine not interfere with prosecution witnesses and report to the police station nearest to his residence, which residence would have to be satisfactory to the prosecution, three times per week namely each Monday, Wednesday and Friday, and finally that he surrender all travel documents to the Registrar of the High Court forthwith.

“The matter is therefore referred to the Criminal Division of the Court for the necessary case management in preparation for trial. There will be no order as to costs,” Justice Belle said at the 2012.

It was in August 2013 that St. Romaine was able to walk out of Bordelais after posting bail. Since then the State had been working behind the scenes to get the ball rolling again.

The VOICE was unable to determine the exact reason why Francois was dropped from the case and Richilieu appointed, however the prosecution hit a snag in the case earlier this year when one of its key witnesses, a scientist residing in the United Kingdom by the name of Christine Anne Kimber revealed via email that she was no longer interested in giving evidence in the case.

This prompted a court hearing on November 24 when the defense called for a dismissal of her deposition. However, the judge ruled in favour of the prosecution to allow the deposition of that key witness to be read in court as evidence and for another expert witness to explain the statement to a jury.