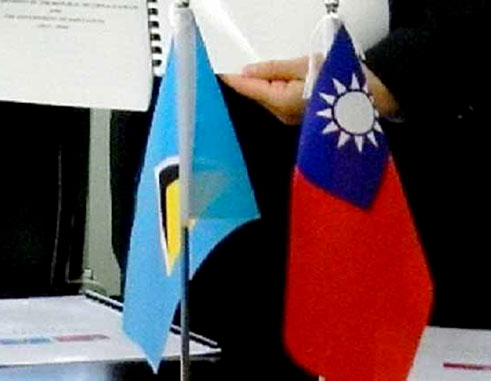 The Republic of China (Taiwan) has terminated diplomatic relations with the Democratic Republic of São Tomé and Príncipe with immediate effect December 21, 2016 in order to uphold the dignity of the nation.

The ROC will close its embassy in São Tomé and Príncipe, recall its technical mission, and end all bilateral cooperation projects.

In its diplomatic relations the ROC has consistently maintained the principles of integrity and mutual benefit, contributing to its allies’ development to the full extent of its abilities. The government of São Tomé and Príncipe, however, with excessive financial difficulties, and demands beyond those the ROC could meet, has ignored 20 years of friendly diplomatic relations, playing both sides of the Taiwan Strait while holding out for the highest bidder. The ROC regrets the São Tomé and Príncipe government’s abrupt and unfriendly decision, and condemns this action.

The ROC government will not allow this event to affect its efforts to expand its participation in international affairs through steadfast diplomacy. It will continue to contribute actively to the global community and work together with the nations of the world to reinforce the international status of the ROC, enhance the welfare of its people, and advance the values of freedom and equality.