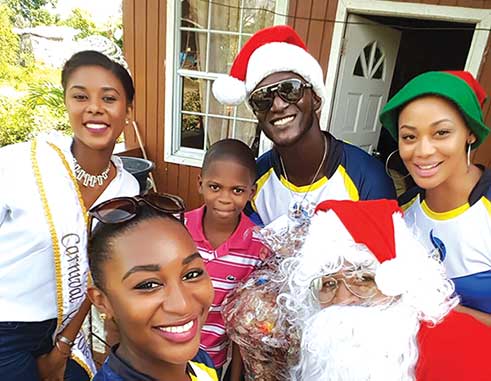 Foundation Spreads Cheer To The Needy.

THE Daren Sammy Foundation is urging all Saint Lucians to join them as they spread love, support and cheer throughout this season to deserving, underprivileged families across the Island. 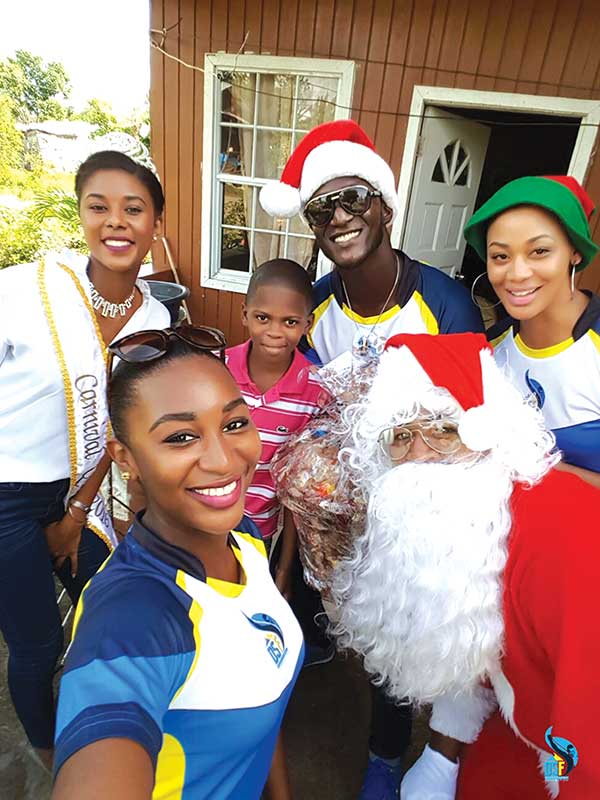 “This is what DSF is all about, bringing smiles and joy to everyone.” Founder Daren Sammy remarked, as an astonished and blushing, Jessica James, one of the ten recipients, approached Sammy, his team, Santa Claus and the St Lucia Carnival Queen 2016, Tyler Theophane.

“Sammy, he is a joy, a true blessing to St. Lucia.” One of the parents of the ten recipients said as the Foundation’s team handed her a Christmas hamper.

Tthe Foundation is encouraging Saint Lucians, once more, to help bring cheer to families into 2017. It is the mission of the Daren Sammy Foundation to serve Saint Lucia through the development of its youth with the disciplines of Sports and Education. And though the Foundation cannot extend its reach to everyone, it endeavours to better Saint Lucia’s future, one child at a time. Through the purchase of an official DSF shirt and a smile, the Foundation is reinforcing the saying that it takes a community to raise a child.

The public is invited to join the Daren Sammy Foundation’s Cheer Campaign by uploading a photo to Instagram or Facebook wearing DSF Official Shirts, with the tag #DSFChristmas to show those who may not be as fortunate as we are, that we do care. Shirts can also be purchased at Dive Saint Lucia (Rodney Bay Marina) or Scotts Sports & Awards (Baywalk or Castries). All proceeds go to towards fulfilling the Foundation’s objectives.

With donations, and through the purchase of official DSF Merchandise, the Foundation is looking forward to making a bigger impact for 2017.