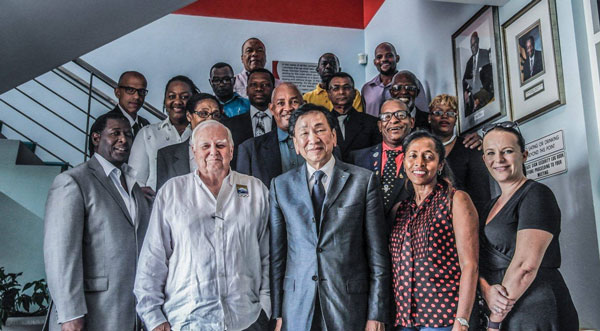 President of the Saint Lucia Boxing Association (SLBA), David “Shakes” Christopher, left the island over the weekend to attend the 2016 Extraordinary Congress of the Amateur International Boxing Association (AIBA) at the Fairmont Le Montreux Palace in Montreux, Switzerland from December 19-21.

Over sixteen countries are expected to participate in the third staging of the CDBT, presenting many exciting opportunities for the host country Saint Lucia. Already AIBA has pledged US$25,000 towards Saint Lucia`s hosting.

The SLBA President will make a case for training and educational scholarships for young boxers around the island. While at the AIBA Congress, he will also lobby for equipment and additional financial assistance for the national boxing programme.

During his three-day trip to Switzerland, Christopher will also attend a special gala black tie ball in recognition of AIBA’s 70th anniversary.

AIBA is a non-profit international organization recognized by the International Olympic Committee as the sole governing boxing body worldwide with 200 member associations.