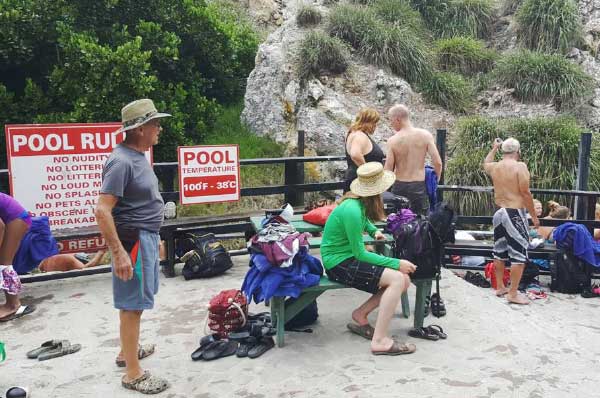 THE EDITOR:
ON Saturday 26th November 2016 an editorial titled “Good for Soufriere” and a news item “SRDF In Charge of Jetties” appeared in the Weekend Voice , both concerned with the Soufriere Regional Development Foundation (SRDF).

These articles, in my mind, are kerosene-filled-paint-brush to gloss over the darkest aspects bedeviling the SRDF. This is an attempt to counter Soufriere Action Theatre’s two years of consistent advocacy against the partisan gimmickery and excrescence at the SRDF, which is contrary to its founding principles. There is also an evident attempt here to honey-flavour the bitter allegations coming out of the Richard Frederick’s Television talk show.

The editorial opened with the following: “For some time now we have been impressed with the Soufriere Regional Development Foundation, the way it has been fulfilling its mandate of promoting economic and social development in this very important southwestern town.” There has always been praise for the nature of this very prestigious institution and the foresight of its founders but what must be noted is the fact that partisan politics has infiltrated it and the SRDF has become like a most beautiful claypot full of vomit. As noted in the editorial, the SRDF has not been “spared from the vagaries of St. Lucia’s vicious and divisive politics”, however, what the chronicler failed to highlight is the fact that these vagaries are at the center of the organization’s method of operation. This new M.O. was made possible by the interference of the political directorate when in 1997 and 2008 they changed the Articles of Association.

The greatest damaged was made in 2008. The change allowed the Prime Minister to appoint the full Board of the organization, including selection of its Chairman and Deputy Chairman. From this point onwards the SRDF was never the same. The capacious belly politicians started prostituting Soufriere’ s most prestigious institution. The Boards were no longer reflective of the constituency. Its directors were no longer from involved strategic organizations such as St. Lucia National Trust, Soufriere Town Council, Mothers and Fathers League, St. Lucia Tourist Board and others. Board members are now Party hacks in their insolence and greed never thought such fate would strike them. Their ravenous stare aim solely on the SRDF’s coffers. No more community consultation, no more Town Hall meetings. And worse yet they created a position of Chief Executive Officer to accommodate a lost partisan shepherd who needed a haven for his elephant like appetite. And the filth of corruption is submerged : over cost contracts , persons getting paid for doing no work, nepotism is growing.

The editorial observed that “It appears to us that the SRDF has become a model agency that could be replicated in other parts of the island”, but there appears to be disingenuousness here, the fact of the matter is the SRDF has been replicated or emulated but the favourable model is its post – 2008 historical, established principles, critically community participation and empowerment and using the communal assets ‘to foster economic, cultural and social development in a manner that is responsive to the needs and aspiration of the community…’

There is no denying that I admire the SRDF; its history, its trailblazers, the fact that a national asset was entrusted to it, but I abhor the partisan insanity that unfolds at the institution. The editorial “likes what is taking place in Soufriere under the direction of the SRDF” but I dare say the writer is not fully aware of the SRDF’ s partisan agenda: Chairman and Executive Director/ Chief Executive Officer who micro – manage, act like dictator and subvert the protocols and procedures established, CEO and EDs who do not have tolerance for dissenting voices on their Boards. Even the Radio Station, Soufriere FM 88.5, has strayed from its UNESCO’s intention.

The news page: “SRDF In Charge of Jetties” is deceptive. The opening paragraph claims that the SRDF is “to assume management of the jetties in Port Soufriere”, as if to suggest that this is a new undertaking. If that is so who has been managing the jetties during the Francois/Dalson and Dalson/Francois period? A period of approximately twenty years. Was it the SMMA? Or was it SLASPA? Are there new jetties? Speak frankly and be specific so that the people can understand

Perhaps it will do the Executive Director well to revisit the SRDF responsibilities at the programme level. I will point out here those key to my orientation:

Will the new Executive Director develop a strategic approach or will he operate in the ad hoc fashion of his predecessor? What will be the new Board’s approach? Will it be like the circus of the past, or will they take up their responsibilities and provide a type of leadership that will motivate, inspire, encourage and influence the ED/CEO to work towards desired goals. If what I have seen is any indication then I am not hopeful.

Lao – Tzu provides us this thought: “When the best leader’s work is done the people say, we did it ourselves. ”