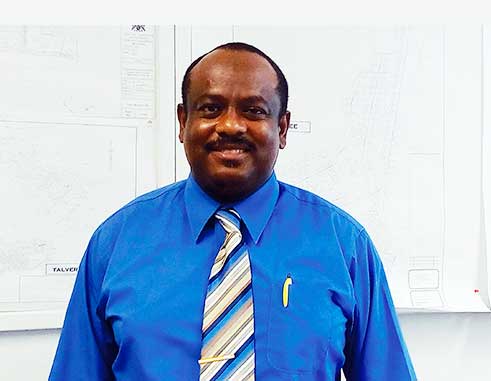 THE National Housing Corporation (NHC) is bankrupt, broke and unable to honour its debts.

Chairman Timothy Mangal made the announcement Tuesday at a press conference. He puts the Corporation’s insolvency squarely on the shoulders of the previous administration and the house and land deals it made with foreign companies such as Bau Panel Systems, the Levity Group and other contractors.

“The NHC is broke. There is about $2 million it has to honour which it cannot honour. This is not counting the judgement it has against it as a joint venture partner with Bau Panel Systems,” Mangal said, adding that the foreign company has disappeared leaving the NHC holding the bag.

The Joint venture Mangal speaks about has its origin in August, 2011 when officials from the National Housing Corporation, including Housing Minister Richard Frederick and Bau Panel Systems Limited signed a contract to officially launch a new housing project. At the signing ceremony it was said that 500 homes would be built. Frederick, at the time, said that the future homes would be available at a reasonable cost to Saint Lucians. The Government of Saint Lucia seeded the land parcels to the NHC in order to facilitate the needed housing scheme.

According to a document in the possession of this reporter it was agreed that upon committing the land there was to be a contemporaneous arrangement wherein the developer, Bau Panel Systems Limited would place in escrow the raw market value of the land at the point where the Joint Venture Company would be in receipt of the property. The land in question was 58 acres in River Doree, Choiseul.

Sadly, the entire property was transferred with no escrow account as per the agreement and disagreements between directors of the Joint Venture Company and the failure by Bau Panel Systems Limited to capitalize the project prompted legal action to dissolve the joint venture and seek from the courts a return of the property to the state.

Success in that matter hinges on the outcome of a case in which the NHC was sued for unpaid infrastructural works costing $5,466,423.56 relating to the housing project in River Doree, Choiseul.

It appeared that the joint venture had informally permitted a company known as Master Builders to continue with infrastructure works originally commissioned by the NHC. This later transformed into the NHC being indemnified from claim by Master Builders, according to the document, which also claimed that a contract was never secured from the joint venture company for continuing with the scope of infrastructure works estimated to cost EC$16 million.

“After unsuccessful attempt to seek payment arrangement from both the NHC and its JVC legal proceedings were lodged against the NHC. The court has granted an Inhibition Order in favour of Master Builders prohibiting any activity or transfer of interest on the property without due regard for the interest of claim by Mater Builders Ltd, being first considered,” document stated in part.

An unsuccessful attempt was made to have the court set aside the order. A Mediation Agreement was obtained at a court hearing in May of this year and a recommendation made of $4 million as a form of compensation which has yet to be ratified. The matter is still pending and closure is not yet in sight.

According to Mangal, with this matter still ongoing the sum adjudged to the contractor by the court is accumulating interest of over $871 per day. He said that to date this amount is now over $7 million.

He said that to make matters even worse the former administration signed a similar agreement it has with Bau Panel Systems Limited with another company called the Levity Group which states that all of the land to be developed would be transferred to the Levity Group.

“Fortunately for us no property in that arrangement was transferred,” Mangal said.

He added that on the eve of the June 6 general elections another agreement was signed with another company, the name of which he withheld, because the NHC Board of Director is in discussion with that entity hoping to find an amicable solution. The land in question is in Talvern, Babonneau.

“We were getting a bad deal with all these situations and as a result of that the NHC has found itself in the position that it is,” Mangal said.