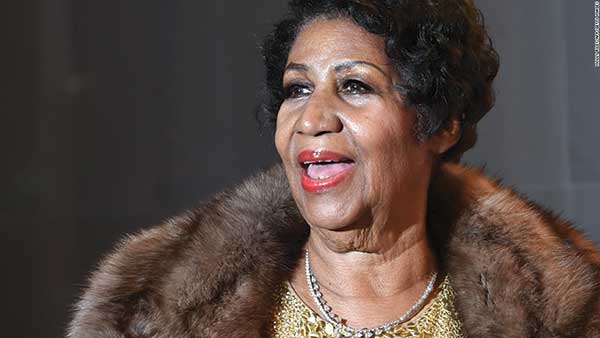 OUR discussions today, and next week, are really only brief looks at some of the things which influence our understanding and acceptance of who we are.

For those of us coming of age in the ’60s and ’70s, the main thing on everyone’s minds then was colonialism and a rejection of the role which Britain had played in our lives. We were young, and we were rebels, because that is the job of youth: to challenge, and to question.

In a funny way though, although much of that period was occupied by Caribbean leaders seeking, first Federation of the West Indies, which of course failed, and then Independence from Britain for their individual countries, the issue of identity seems to have been raised not so much from within the Caribbean as from outside.

What influenced most young persons during that period was the Civil Rights Movement in the United States. It was the struggle for the end of segregation and for voting rights for blacks in the US, and while that struggle had commenced long before the 1960s, it is the activism of the 1960s which most of us remember.

Our memories are anchored not only in the Rev. Dr. Martin Luther King and his preaching of a non-violent resistance to injustice, but in the 1963 march on Washington and Dr. King’s “I had a Dream” speech. They are equally anchored in the assassination of Dr. King by a sniper’s bullet in 1968, and the turmoil which that unleashed in the US.

We remember as well the violent side of the struggle, and the Watts riots in Los Angeles of 1965. Those riots saw six days of looting and burning at the end of which 34 lives had been lost. The protests at that time had many underlying causes of injustice to blacks, but the riots themselves were blamed principally on police racism.

But if nothing else, it is the music of that era which remains with us in a haunting way. James Brown: “Say it Loud, I’m Black and I’m Proud”, Curtis Mayfield – “We are the People Darker Than Blue”; Nina Simone – “To Be Young, Gifted and Black”, later made popular by Aretha Franklin; Marvin Gaye – “What’s Going On”, the list is endless. Powerful and emotive music, and lyrics.

And if you can find the time, you might want to watch YouTube video of a performance by Aretha Franklin last December 2015 of a tune entitled “(You Make Me Feel Like) A Natural Woman”, at the Kennedy Centre in Washington, with the President of the United States and his wife in attendance. Here’s a link: www.youtube.com/watch?v=diwF1-xJwZM. That emotional white person in the video sending a kiss to Aretha and receiving one in return is Carole King, the composer of the tune – music does not recognize the artificial colour barrier.

Aretha’s performance caused the most powerful man in the world to wipe away a tear, and brought the entire audience, including President Obama and his wife, to a standing ovation. Today, (and until January 20 next year), the most powerful man in the world, the President of the United States, is a black man, and you’d think that all’s well now for black people there, but it is not.

A little less than thirty years after the Watts riots of 1965, in 1992 the world witnessed the beating of Rodney King by the police. Again taking place in Los Angeles, with the beating by the officers filmed while enagaged in the act and their subsequent acquittal by the Courts again leading to riots, Rodney King’s plea became memorable: “Can we all get along?”

50 years after the Watts riots and 25 years after Rodney King’s beating, the plea of black people in the United States today as they are shot repeatedly by the police is reduced to a chant of “Black Lives Matter”. Says who? ask those of us who are now jaded and despondent after watching re-re-run after re-run of this soul destroying movie of black people’s abuse. The central theme governing those events of the last 50 years? – institutionalized racism within the police service in the United States.

But in a strange twist, black lives do matter, as in America, it matters greatly what they spend their money on. And having spent a few hundred years destroying the identity of black people and then subjecting them to the most degrading and dehumanizing treatment, they know that we cannot be expected to have rebuilt our confidence in ourselves in the last mere 50 years.

So what has all of this got to do with horsehair? Well, a lot. As, whereas back in the ’60s and ’70s wearing an afro was a symbol of black pride, today wearing that chest length curl of synthetic or maybe even human hair fused to the scalp is the newest form of expression of personal identity for many black women. And yes, it can be horsehair too! It’s been a long journey from the curling iron to the chemical relaxers to the weave, but it has always been a journey in the same direction – to look different; less like who you really are, and more like those “other” people.

According to a report in the Huffington Post of January 24, 2014, the value of the Black hair care industry in the US was US$684m in 2012. That figure is considered an under-assessment by the same market research firm presenting it, and they think that the true figure would be closer to US$500bn if general market brands, weaves, extensions, wigs, etc. were taken into account.

Black hair care is big business, and it was one of the few industries to have come through the recession of 2008 relatively unscathed. But to be fair, the natural hair movement among blacks in the US is also growing, and in 2015 one-third of the black hair care industry was estimated to be related to products promoting the care of natural hairstyles.

But in another strange twist, in a country where the conservative Christian element seemingly portrays sex as taboo, the rest of the country is apparently consumed by the naked female form, or at least by parts of it. In the US, the celebrity fashion industry today seems to be concerned more with the level of exposure of the female body which can be achieved without risking a jail sentence than with the actual garments themselves. It would seem that wanton display of the female body is acceptable there, just not sex.

But then, again in yet another strange twist, exposure of the nipple of the female breast is viewed as obscene, and mothers breast-feeding their babies in public is frowned upon.

Meanwhile, in that recent slug-fest of a presidential campaign, the President-elect attacked Hillary Clinton by resurrecting the sexual exploits of her husband when he was President, as if she was somehow responsible for his actions.

Not only did the 50% of the American electorate who elected to be led by Trump conveniently choose to forget the sexual exploits of other US Presidents, but Trump himself has debased and disrespected women in every conceivable manner. But for that 50% of America, Trump’s behaviour was OK – no sexual intimacy was involved.

There is no room for love in the hearts of a large number of that 50% of America who voted for the Republican candidate, and it helps to explain why for them, it is impossible to accept that a black man could ever be President of the United States, and why for them, black people remain second, third or whatever other class of citizen they can find to put them into; and why, for them, sex is taboo.

And so, black people have had to rely on themselves to rebuild their confidence, and to learn again to love themselves. But it is not easy. Thirty years ago, Whitney Houston mesmerized the world with a song telling us that “Learning to Love Yourself is the Greatest Love of All”. A little less than thirty years later Whitney would be dead, succumbing to a long struggle with drug and alcohol abuse. Less than three years after her death, her 22 year-old daughter would also be dead, her death too attributed to drug and alcohol abuse.

Learning to love yourself is difficult; it’s that much more difficult when you’re black, and it’s about much more than a hairstyle. Its nearly impossible to learn to love yourself when you’ve been taught to hate yourself for a few hundred years, and when today, we are religiously encouraged to hate each other for at least a few months every five years. That hate does not simply disappear with the announcement of the “winner” of an election, and its hard to love yourself and hate your neighbour at the same time.

Next week, a little bit on the human cost of what we think of as “style”.