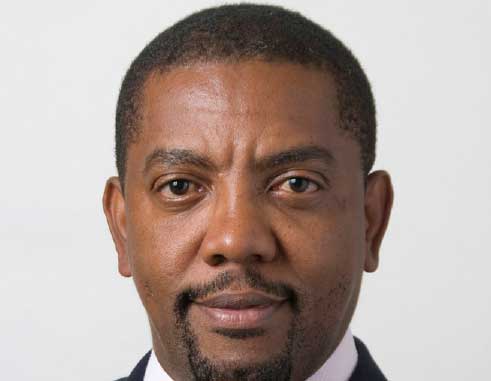 Adams, who represented West Indies as player and captain during his career, replaces Englishman Richard Pybus who did not seek to renew his contract.

The West Indies Cricket Board (WICB) has yet to officially announce the appointment but media reports in the region also say former Australian cricketer Stuart Law has been appointed to fill the position left vacant by Phil Simmons who was fired in September.

Speaking on the regional television programme Big Bang Sports, Webster, who has worked with the West Indies cricket team, blasted Pybus as a ”total disaster” and applauded the appointment of Adams as one that would “make a difference”.

“Well I am extremely pleased that Pybus is no longer with us. He was a total disaster and he has done more harm to West Indies cricket and there is only one other person who has done more harm to the game and that is (Dave) Cameron, the current president,” Dr.Webster told Big Bang Sports.

“I am really happy that Jimmy Adams will take over the post of Director of cricket. I think he should make a difference. Stuart Law has been around for a while, I do not know too much about him but what I hear from the grape vine is that he is not a bad coach. So I think that is the first step in the right direction”.

The decision to fill the two positions were reportedly taken at the weekend at the WICB’s final quarterly meeting which took place in St Maarten.

Dr. Webster, meantime, has repeated calls for Cameron to step down as WICB president.

The embattled Jamaican sports administrator has come in for widespread criticism for his role in ongoing conflicts between the WICB and regional cricketers.

Dr. Webster has blasted Cameron as the “worst President” and says the effect of Adams and law on regional cricket will be limited if Cameron refuses to step-down.

“But it is not enough. I think that the president of the West Indies Cricket board must go and they must be structural reform of the board if we are to progress. Dave Cameron is by far the worst president that I have ever seen in those 50 years. It is not even a close call,” said Webster, whose 50 year involvement in sports also includes basketball, soccer, motor racing, Golf and Australian football.