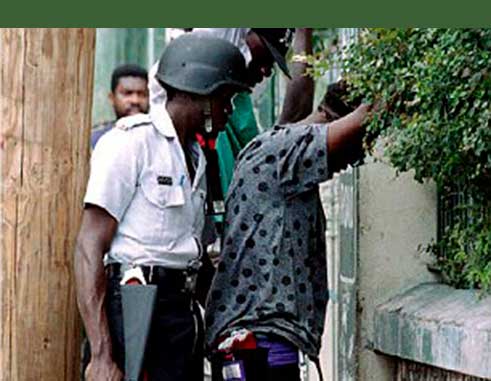 Head of the Corporate Communications Unit (CCU) of the Jamaica Constabulary Force (JCF), Superintendent Stephanie Lindsay, said there will be a surge in the number of police on the ground during the festive season to counter the increase in robberies and the large migration of criminals at this time of year.

“We don’t want persons to think they are being stopped arbitrarily. We will stop persons if we detect that there is a breach (of the law), or if the vehicle matches a description of a car in question based on intelligence received,” Superintendent Lindsay said.

She told the Jamaica Information Service (JIS) that the police have been briefed on the correct procedures to apply when carrying out searches, which include communicating to the citizen the reason for the action.

The Superintendent pointed out that there are several provisions under the law that give the police the authority to seize a motor vehicle.

“If there are breaches of the Road Traffic Act, meaning if you are caught speeding; if it is detected that your license plate is not affixed; if you don’t have the sticker to indicate that your vehicle is registered; or if you have a fake registration plate, then you will be stopped,” she said.

The Superintendent added that although a person may be stopped for a traffic violation, he or she can be searched for a firearm or other dangerous weapon if the police suspect that there could be other violations relating to the Firearms Act.

Lindsay said the same can be done under the Customs Act, if there are signs of ‘uncustomed’ goods such as illegal alcohol and even ‘fake’ cigarettes.

“You can also be stopped under the Praedial Larceny Act, since many stolen agricultural crops are being transported across the island.

Lindsay pointed to Section 19 of the JCF Act, saying that this gives the police the power to stop and search for illegal guns, illegal gaming material and stolen goods/property that are being transported.

She noted that most of the firearms seized, especially during this time of the year, are found during stop-and-search operations.