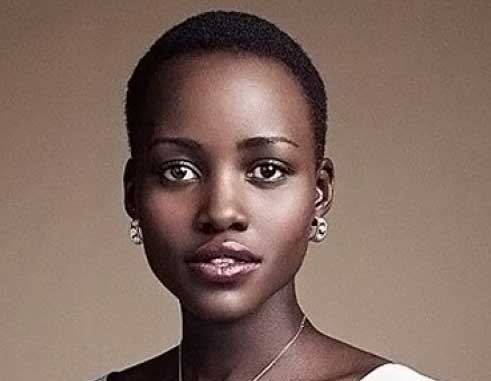 IN last week’s discussion, we looked back at the struggles which black people in the United States had undergone in the fight against segregation and discrimination, particularly during the Civil Rights period of the 1960s, and talked a little about the impact of those struggles on young persons growing up in the Caribbean at that time.

We discussed too the issue of the emergence of black identity, and of black pride, and the role that the music of the period had in expressing the hopes of a black generation. We talked also about the issue of self-acceptance, of the black hair care industry which has grown to mammoth proportions in the US, and of how that industry has resulted in hairstyles among black women that more often than not mimic the hairstyles of their white counterparts.

In that last discussion also, we mentioned that the black hair care industry had hardly been affected by the 2008 recession in the United States, one of the few industries to escape unscathed. We have to wonder how that could be possible when the black population was worse affected than any other by the unemployment caused by that recession.

We drew attention to these things not only to focus on the hairstyles which some of our people adopt, but to point out that there is also a financial implication to the styles which we gravitate to. We like to think that we make these choices freely, ignoring the massive advertising campaigns and imaging that we are subjected to daily, but the images of feminine beauty to which we are regularly exposed rarely promote the natural hairstyles for black people which are now gaining ground in the US.

Today, we turn to an article in the Trinidad EXPRESS of October 15, 2016 highlighting information from the recently produced 2014 Poverty Report for Trinidad & Tobago. According to the article, more than 300,000 Trinbagonians live on TT$985 or less per month, (EC$400), representing a poverty level of 24.5% of the population. Interestingly, many of those poor persons who survive on that TT$985 or less a month also own cell phones, TVs, and vehicles. The Report is currently before Cabinet, and it will be interesting to hear the official explanation for this.

Unofficially, most of us have a pretty good idea where the money to pay for those vehicles and TVs and cell phones is coming from. We hear the stories repeatedly. Every time a member of one of those households is found shot to death with multiple gunshot wounds or a gunshot through the back of the head, we hear from the grieving families how wonderful he had been in life.

Not working anywhere, they supported their families, providing not only the food and electricity and water, but also the cell phones and the TVs, not to mention the brand name sneakers and clothing that the life-style requires. And yes, they pay for the imported hairstyles too, while the cars that they drive have the brightest rims, the biggest speakers, and the loudest music.

As if that were not enough, at just about the same time that the information in that Poverty Report was being made public, Trinidad & Tobago also made headlines for another disconcerting reason. According to a report in the Trinidad EXPRESS of October 16 citing Google Trends, Trinidad & Tobago recorded the highest number of Internet pornography searches per capita in the world. And significantly, the two communities recording the most searches in Trinidad were two poverty stricken, rural, communities. Apparently this ranking is not new, as Trinidad & Tobago ranked No.1 for internet pornography searches in 2008 and has consistently ranked in the top ten since then, again ranking No.1 since 2014.

If anyone is wondering what this may have to do with us, first listen to what Mary Anne Layden, PhD, psychotherapist and Director of Education at the Centre for Cognitive Therapy at the University of Pennsylvania had to say at a symposium on pornography sponsored by the Catholic Church in Trinidad on October 15 this year. According to her, pornography “is the new crack cocaine”, saying also that it was more dangerous than crack “because it is harder to get the pornography addict into remission than it is to get a cocaine addict into remission and it is more likely that the pornography addict is going to relapse than the cocaine addict”.

These issues affecting our poor are probably going to provide a lifetime of analysis for our professionals in the appropriate disciplines, and we have to remember too that not all poor people are caught up in these destructive behaviours. For the average person, however, we are concerned with our safety, and with the impact that these negative lifestyles have on our own lives.

One thing that seems to characterize segments of both these rural and urban poor though, is their low level of self-esteem. That low self-esteem drives them to identify with the symbols of affluence of their more well-to-do neighbours, yet in Trinidad, where university education is free, the poor do not take advantage of that most powerful symbol of affluence – education. Instead, they are attracted to the “bling”; the cell phones and TVs, the motorcars and the brand name clothing and hair products that they cannot afford and which only serve to keep them in that state of poverty.

But who can blame them? Those are the images and the messaging that they are subjected to on a daily basis. And while we discuss the poor because of the data that has recently become available, we might consider as well that low self-esteem does not have a financial cut-off point and that many of our middle-class also carry this burden.

Lupita Nyong’o is a successful black actress and Academy award winner, having won an Oscar three years ago for appearing in her first film, “12 Years a Slave”. Ms. Nyong’o is also a strikingly beautiful woman. She did not grow up poor, but she grew up being black, and in an interview carried in the Guardian UK on October 20 she describes that difficult period during her adolescence when she hoped that God would lighten her skin.

Today, Ms. Nyong’o speaks proudly of a letter that she received from a girl desperate to use skin-lightening cream, until she, Ms. Nyong’o, appeared on the world map, and Ms. Nyong’o sees her appearances on screen and on magazine covers as a means of helping other black girls feel validated. But do we in the Caribbean know of Ms. Nyong’o? Hardly, and apparently even less so in Jamaica where skin bleaching is the craze. Now we are told that skin bleaching is prevalent in Barbados as well.

Recently, one commentator in Barbados reported on an estimate that there were two smart phones for every person in Barbados, and we can only assume that it is the same for us. In the US, a post-paid cell-phone plan providing unlimited text and talk costs a resident there US$25 a month, but in St. Lucia, the cheapest post-paid plan offers 100 minutes of voice only for $40 a month. That works out to 40 cents a minute. But poor people don’t have cell-phone plans, and so the pre-paid rate per minute goes up to 81 cents per minute on one carrier, and 89 cents per minute on the other; land line phone cost – 8 cents a minute daytime, 5 cents a minute on evenings.

Yet, poor people are driven not just to cell phone use, but they now need expensive smart phones with which to communicate. Our identities effaced, our self-worth damaged, our poor and middle-class are driven to lifestyles which we cannot afford, but somehow find essential. And we sit back comfortably and wonder what is driving us to crime.

As we re-build our country, we must also be concerned with re-building the self-esteem of our people, and it is time to stop talking about it. Instead, we should place additional taxes on those products that contribute to maintenance of that low self-esteem, and dedicate those taxes to the early childhood education programme, the school feeding programmes, and hopefully some programs of engagement of school children during the school vacation periods. In that way, some of the money diverted from the health and education of our children by the requirements of our lifestyles can be recovered and put to its rightful use. Those additional taxes must be applied to alcohol, cigarettes, soft drinks and plastic bottles too.

And then, we must invest in ourselves, and in our culture.

Next week, we take a look at one area of infusion of resources into our communities that can help to strengthen them.