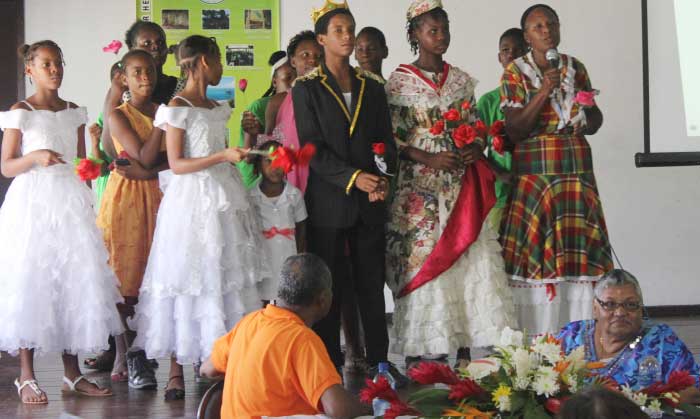 Addressing the Trust’s annual general meeting recently, she congratulated the management, councilors and staff for the work they had undertaken over the past year, and for keeping its members engaged. However, Dame Pearlette who is also the SLNT’s Patron noted that more needs to be done to give the organization the visibility it deserves.

In her address to the gathering, Dr.Vasantha Chase, outgoing Chair said although she remained optimistic, the Trust was operating in a very limited fiscal space which was being further challenged by global events and climate change. As such, she said the organization would have to assess how it would need to manage the custodianship of Saint Lucia’s patrimony amidst these challenges.

Meanwhile, the Director of the SLNT, Mr. BishnuTulsie gave an overview of the numerous projects and programmes being undertaken such as the establishment of the Civil Society Organization Coalition; monitoring of our offshore islands to protect their unique fauna and flora; the Fer de Lance snake project; membership meetings and field trips; Trust Pioneers Lecture; and rehabilitation of the Walcott Brothers Childhood Home among many others.

Tulsie also gave an update on services offered such as weddings, parties and staff functions at the Pigeon Island National Landmark and other sites managed by the Trust.

A long standing member took the opportunity to call on all members to congratulate the Trust for its position taken regarding the proposed DSH development earmarked for Vieux Fort which has rescinded its plans to include the mangroves in the project.

The nomination process resulted in the following persons being elected as Councilors: Dr.Vasantha Chase, Calixte George Junior, Simone Mondesir, Lisa Louis-Philip, James Shingleton-Smith, Egbert Stevens and Keats Compton. The full complement of Council will be finalized once the four representatives from the Saint Lucia Archaeological and Historical Society and the Government of Saint Lucia have been identified.

Persons wishing to support the conservation work of the Trust are asked to contact 452-5005, email membership@slunatrust.org or visit www.slunatrust.org.