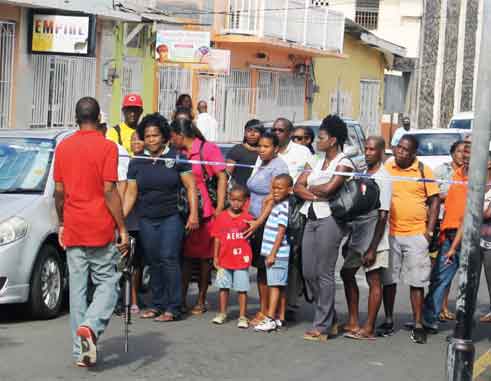 THERE is no doubt that the United Workers Party (UWP) propelled themselves into power by convincing a vast number of St Lucians that they knew exactly how to solve the myriad social and economic problems facing the country.

And so, they presented an election slogan entitled “Five to Stay Alive”, and the rest was history.

In the aftermath of that stunning victory—six months to be exact—the UWP is finally coming to terms with the reality that a captivating slogan used to win an election does not necessarily translate to being able to solve some of the most pressing issues facing the country.

Moreover, with their election honeymoon swiftly coming to an end, it is becoming increasingly clear to a growing number of St Lucians that things in the country may be on track to get a lot worse than was previously forecast by the UWP (during the Cinderella ride which brought them back to the seat of government).

One such concern, which the UWP clearly did not factor into their “Five to Stay Alive” political rhetoric, is the issue of crime.

Today, instead of working towards bringing crime under control in the country, it appears that St Lucia is now approaching a dangerous or violent threshold whereby the reaches of criminal activities have ensured that no one can feel safe in their homes or on the streets of the country.

The suspected murder and rape of Rosa “Lilico” Rosemond at her home in Marisule this past weekend is yet further proof of how terrible things are becoming in the country.

Yet, as criminal activities continue to escalate in many forms throughout the island, there seems to be a growing silence within the corridors of government based on the view that it may not be as bad as it seems.

In every nation on the face of the earth, governments are elected to work in concert with their citizens to help eradicate the root causes of crime and to afford them some measure of assurance that it is working diligently to keep the homeland safe.

Such is not the case in our homeland.

A life cut short, a woman raped, a home burglarised, or even a sudden rise in suicide cases has now become the new normal.

Where we go from here is anyone’s guess.

Yesterday was Rosa “Lilico” Rosemond, but can any of us say with certainty that we are capable of escaping the ravages of the criminal activities that are quietly peeping through our windows?

In fact, while it is the responsibility of every citizen to help in the fight against crime, no one should attempt to absolve this government of its responsibility to protect and upgrade the security apparatus in the country.

Allen Chastanet and his UWP government must act quickly to curb these senseless criminal activities in the country. Otherwise, their pledge of “Five to Stay Alive” will have done us more harm than good by the time they leave office in 2021, if not sooner.