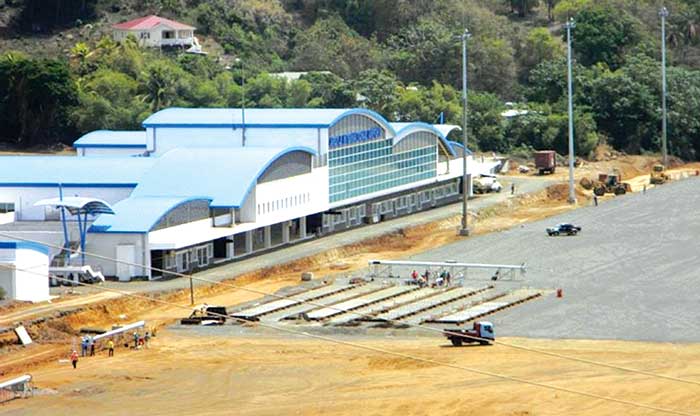 IT appears that St Vincent and the Grenadines will not meet its year-end target for the completion and opening of its controversial Argyle International Airport.

Originally scheduled to have been opened in 2011, the project has missed consecutive annual completion dates since then and there still is no definite indication when it will be ready for business.

Prime Minister Dr. Ralph Gonsalves said last weekend that the airport is “really in the terminal stages”, but, again, stopped short of saying when it will begin operating.

Gonzalves said: “I want to report that in relation to the airport, we are really in the terminal stages. The opening of the airport is imminent. The reason why I am not giving a date is simply because, over the last five, six weeks, we have had real problems with the rainfall.”

Six months after Rudy Matthias, head of the state-owned company building the airport, said that it would have been completed by the end of May 2016, regardless of the weather.

Gonsalves said that his government has “an engineering solution” for the section of the road outside the airport that collapsed earlier this month for the second time in two years.

Gonzalves also indicated that recent rains in St Vincent and the Grenadines were also contributing to the delay.

St. Vincent and the Grenadines has been impacted by heavy rains over the past few weeks. The rains have resulted in floods and landslide and damage to houses and public infrastructure.

Gonsalves government is hoping that the airport will provide a timely boost to the country’s economy, through its tourism industry. The airport has been a controversial project in the country for sometime especially with concerns about its cost.